Design Raid | Articles | A Newer New Museum Is Coming, With Twice as Much Space 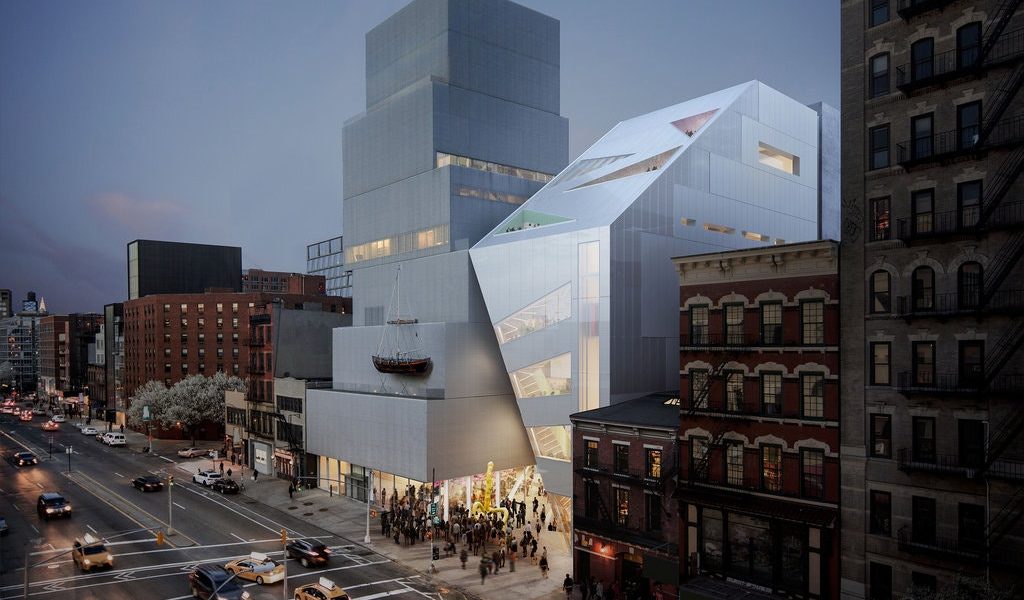 Rem Koolhaas’s architecture firm OMA has become known for repurposing buildings and championing preservation combined with innovation, from the Fondazione Prada in Milan to the Garage Museum of Contemporary Art in Moscow. And on setting out to design the New Museum’s expansion in an adjacent property — a former restaurant supply company on the Bowery — the firm initially planned to work within the existing structure.

But the architects and the museum soon came to realize that this route would cost more and compromise the galleries. Even if the new building’s floors were removed to gain more height, its facade was all that could be saved. So OMA instead started from scratch: On Thursday it will reveal its proposal for a geometric new structure that aims to seamlessly integrate the current New Museum, designed by the Japanese firm Sanaa, yet have its own distinct identity.

“We wanted it to be complementary but not competitive,” Mr. Koolhaas said in a telephone interview, “to be independently appealing but also make sure the coexistence of these two buildings gives something fresh.”

The new structure, which will add 60,000 square feet of space, reflects how much New York’s small, scrappy New Museum has changed since it opened on the Bowery in 2007, increasing its annual attendance to more than 400,000 from 60,000 and staff to 150 from 30. Though it has no permanent collection, the museum’s ambitious exhibitions feature contemporary artists and works not widely seen in New York.

Read more: A Newer New Museum Is Coming, With Twice as Much Space