Frank Gehry (b.1929) is recognized as one of the most important architects of our time, and his spectacular buildings – including the iconic Guggenheim Museum Bilbao and Walt Disney Concert Hall – have won him worldwide renown. Watch the Canadian-American architect talk about his life, architecture and the world today in this in-depth video recorded at his studio in Los Angeles.

When a teacher enrolled the young Gehry in a night-class at architecture school, it became the beginning of a long career: “It was all by chance.” At that time, American architects – including Frank Lloyd Wright – were inspired by Japanese architecture, and Gehry feels that this early influence has stayed with him ever since, not least when he built the Walt Disney Concert Hall in Los Angeles: “You’d think Disney Hall was a Japanese temple.”

“That’s what an architect should do – be able to have an emotional response to their work that lasts through the centuries.” If you want to be an architect, Gehry argues, first of all you’ve got to learn the craft, but also “your personal spirit has to evolve into the language that you create.” Everyone will ultimately produce something different, personal and completely unique – like a signature – and it’s important to be brave enough to “take the chance to jump off into the unknown.” Architecture is about feelings, and the best architects, or artists, are themselves and no one else. In continuation of this, Gehry believes that architecture is about the singularity of the building as well as being part of the surroundings, and he finds it aggravating that all buildings in cities nowadays look the same: “Downtown Los Angeles now looks like Downtown Seoul, Korea.”

Frank Gehry (b. 1929) is a Canadian-born American architect, who is known for his trademark sculptural style. Although critical opinion is sometimes divided over his radical, whimsical structures, Gehry’s work made architecture popular in a way not seen in the U.S. since Frank Lloyd Wright (1867-1959). A number of Gehry’s buildings have become world-renowned attractions and have been cited as being among the most important works of contemporary architecture in the 2010 World Architecture Survey, which later led Vanity Fair to label him as “the most important architect of our age.” Among his best-known buildings are Guggenheim Museum in Bilbao (which fellow architect Philip Johnson once dubbed “the greatest building of our time”), Weisman Art Museum in Minneapolis, Neuer Zollhof in Dusseldorf, Walt Disney Concert Hall in Los Angeles, Museum of Pop Culture in Seattle, Dancing House in Prague, Biomuseo in Panama City, and Cinémathèque Francaise in Paris. Furthermore, his private residence in Santa Monica is the award-winning ‘Gehry House’. Gehry is the recipient of multiple prestigious awards including the Pritzker Architecture Prize (1989), the Praemium Imperiale (1992), National Medal of Arts (1998), AIA Gold Medal (1999), Cooper-Hewitt National Design Award for Lifetime Achievement (2000), Prince of Asturias Award (2014), J. Paul Getty Medal (2015) and the Presidential Medal of Freedom (2016).

Frank Gehry was interviewed by Marc-Christoph Wagner at his studio in Santa Monica, Los Angeles in November 2018. 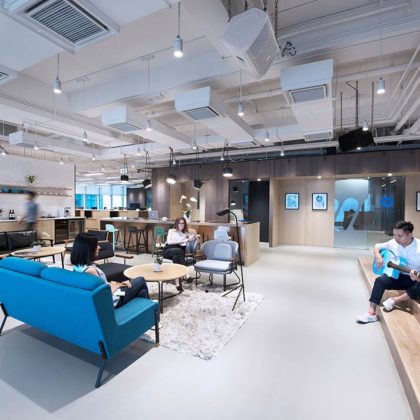 Bean Buro has created a 19,000 sq.ft. headquarters for Warner Music in Hong Kong 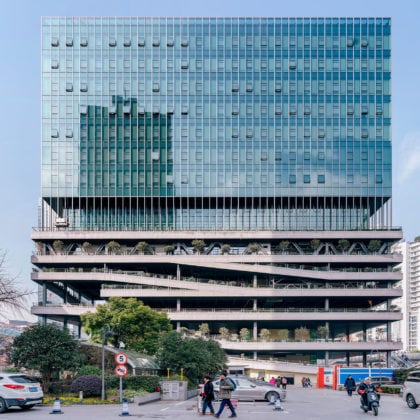 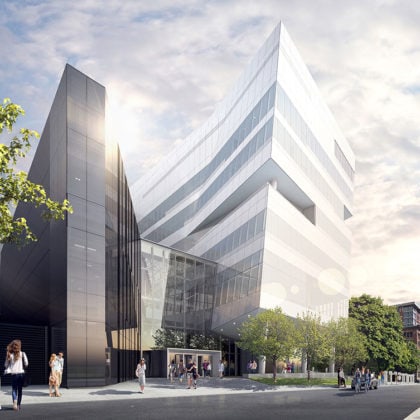