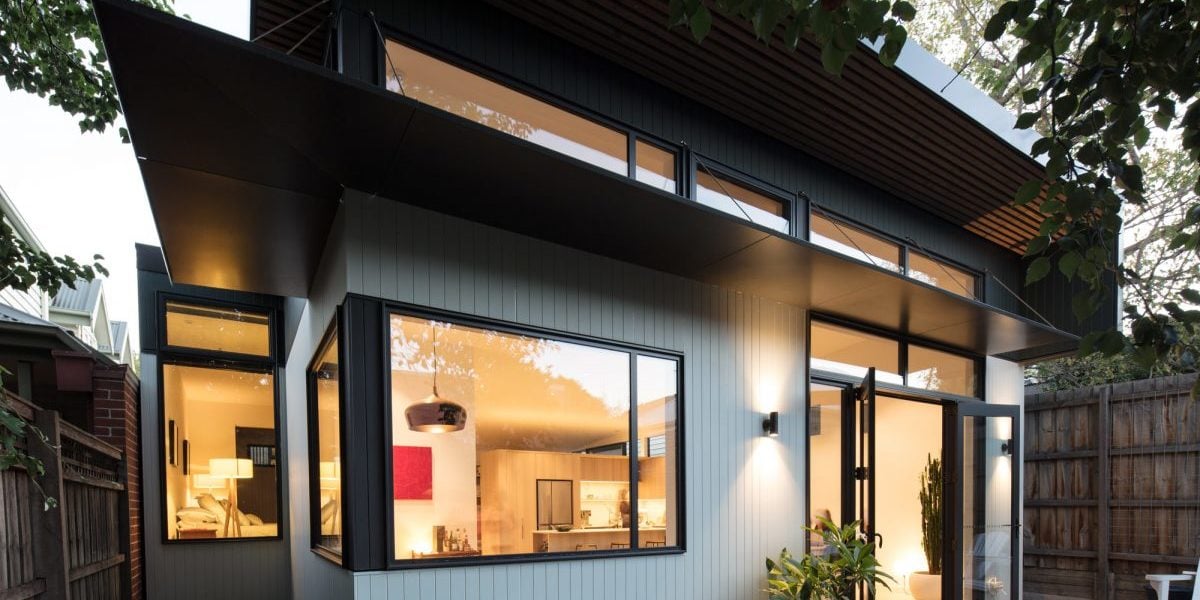 The Hawthorn – Lawes Street extension is a project to rejuvenate an original Victorian cottage and bring it up to modern, high performing standards.

The street façade was to be refinished and the rear addition replaced with a modern and efficient open living space. The property had been brown brick-clad in the eighties with an ineffective addition to the rear.

The new living and master-suite areas will be constructed with great northern orientation being a key driver of this design. The ‘wedge’ shape of the living and sleeping areas towards the rear of the property ensure that full optimisation of the site’s solar potential is achieved. The open plan living spaces are divided by the kitchen, sitting beneath a single roof entity, gently rising to maximise bright winter sun and providing adequate shading during the summer heat. Access to the new northern garden has also been well considered, taking advantage of rear laneway access to the property.

The Lawes Street Extension will receive a fresh new street façade, with naturally oiled Cyprus timber battening over the existing brick frontage. The front veranda will also be modernised with a sharp new porch entry, and the kid’s bedrooms have metal clad box-bay window seats from which to enjoy the large front garden.

What was the brief?
Renovation of the existing house by removal of the existing rear addition while retaining the original four-square front house plan; replacement with a new addition providing a master suite, open plan kitchen, dining, living space and a new laundry. To update the facade and entry veranda with a new porch, cladding. To ensure a light-filled passive solar performing home with great views of the rear garden. Provision of off-street parking while retaining the existing garage for storage. Different living spaces: reading, family and connected kitchen central to space.

What were the key challenges?
The site levels sloping down to the north and east and lower than the existing floor level, with ground engineering involved, required an inventive solution to the living spaces while maintaining a direct garden connection from these spaces via the north facade. The best use of the open plan spaces also required definition of varying uses: dining, lounge, reading area, all around the kitchen. The link to the existing house was also challenging in its height restriction, with the central hallway entry requiring as light and open a feel as possible. Neighbourhood agreement was also important in ensuring the densely built street was considered in the design of both street frontage and rear additions.

What were the solutions?
The two primary challenges were leveraged together to produce the connected but varied arrangement of spaces designed. The stepped floor level provided an opening up of the space to the northern sun and daylight, while the roof of the addition slopes up to the light. The lowered laundry and lobby roof links the two portions of the house, providing a transition between the two periods of home with a light court allowed between the them, maintaining natural light and sun to the study. Both the master suite and the living spaces receive direct north solar access, while this is also introduced to the entry hallway above this roof. The street facade is re-clad using greyed timber battens to soften the brown brick walls, while the bedrooms have been given a pop bay window relieving the flat facade. The contemporary porch canopy clearly presents the entry, having removed the southern overshadowing veranda. The adjacent neighbours’ privacy and solar access was maintained in the design of the addition by use of only a high-level window slot along the western side while the eastern facade was set back alongside the existing adjacent building, ensuring no overshadowing or overlooking to their garden or internal spaces.

What are the sustainability features?
The use of the northern orientation to the garden is the most powerful strategy, with the addition’s highly insulated building envelope of Habitech SIPS walls and roof and double glazed and thermally broken aluminium framing containing the natural comfort of the house. Improvements in insulation of existing roof and floor helped maintain this. Heat reclamation ventilation and floor and wall based hydronic heating and air-conditioning provide high efficiency active comfort systems when climate is more extreme. Reuse of as much of the existing house as possible also reduces resource use: the floor structure of the existing rear addition was retained while adding the lowered concrete slab only where it lent thermal mass for passive solar performance. Optimal shading awnings and eaves of the northern and eastern glazing also ensures best solar access in winter but minimal summer access. 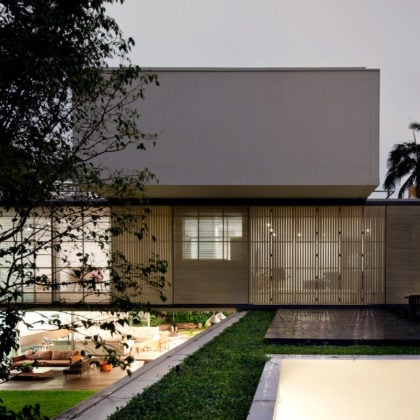 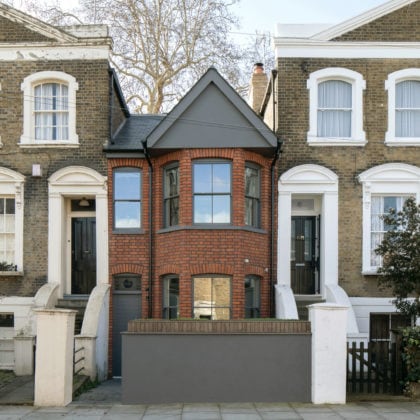 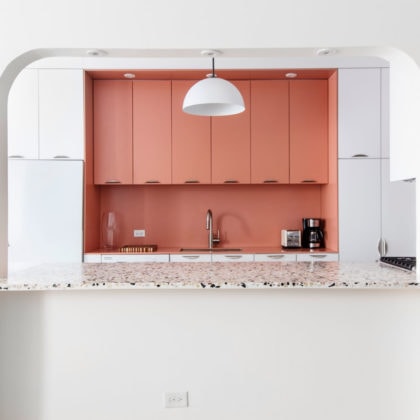 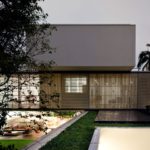 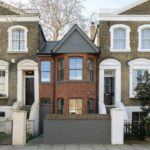 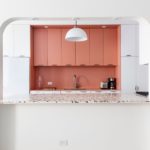 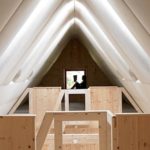 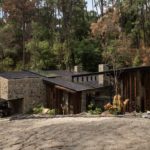 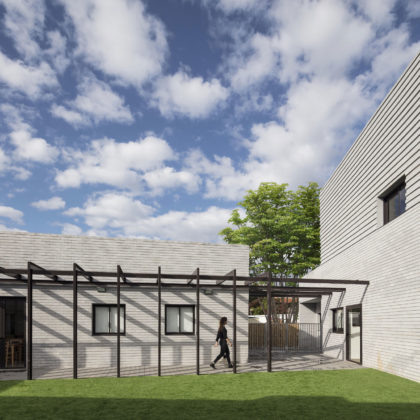 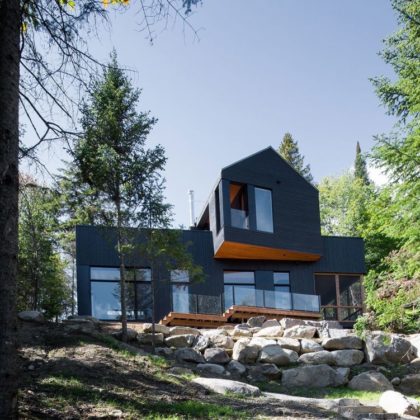 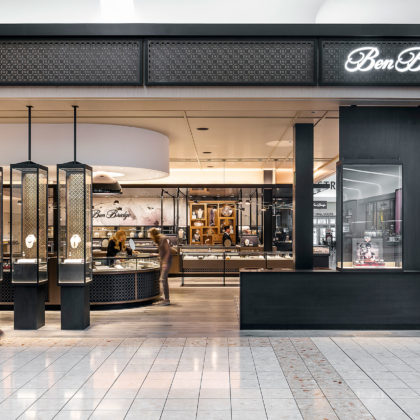 Ben Bridge believes jewelry is about more than just adornment. It is a means of expression, love, personality and history. 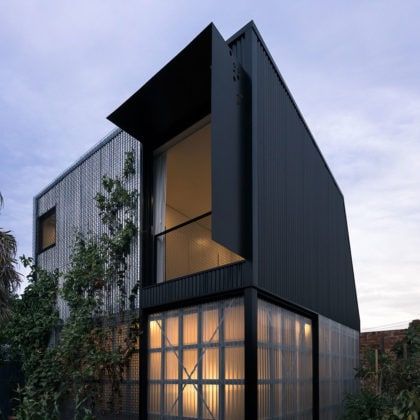