Mortuary Chapel for the Soriano-Manzanet Family by Vegas & Mileto

This vault was designed by architects Fernando Vegas and Camilla Mileto and executed by Salvador Gomis under the supervision of Salvador Tomás. It was created as a tribute both to the region’s rich ceramic-making tradition and to the characteristic tile vault technique, historically widespread throughout the East of Spain.

This technique was disseminated by Valencian architect Rafael Guastavino both among modernist architects, most notably Gaudí. In the United States the technique came to be synonymous with him and his place of origin.

Special 3D programs were required to design the pantheon and the final solution was only agreed on after 23 consecutive variations aiming for optimum aesthetic and structural results. All the curves in the pantheon were produced using catenary profiles. These curves are incredibly difficult to express mathematically and graphically to successfully optimise the construction’s overall structural operation.

Close to 20,000 handmade ceramic tiles were used in construction following tests to establish the type of clay, fuel and flame, texture, durability and aging tests. The size and thickness, both dependent on the curves of the pantheon, and the necessary weight were calculated for the three ceramic layers to compensate for the effect of wind suction.

The vault is comprised of four interlinked hyperbolic paraboloids and is very light yet incredibly resistant because of its curves. Formwork was not required and only some metal guides were used to ensure curvature was guaranteed at all times.

The structure was carefully studied so that entire bricks could be used, avoiding trimmings or patching up joints. It was built using only brick, plaster and white cement, and did not require reinforced concrete. Nevertheless, the pantheon vault is designed to withstand possible earthquakes given the rigid curves and the addition of fiberglass rods at the springings to absorb shear force.

The total constructed weight of the vault is approximately 12.5 tonnes, considerably less than a traditional pantheon with brick walls and concrete floors and ceilings, which could weigh between 15 and 20 times as much (between 190 and 250 tonnes) for the same volume. These figures reveal the savings in both energy and material, as well as the versatility of the tile vault compared to other more common constructions.

The flooring is made up of approximately 50 different shapes of Cenia Stone tiles designed and placed to form an isotropic puzzle which is repeated in all four modules. The external lighting of the vault is provided by fittings embedded in the paving at the foot of each of the vault springings. The benches are solid blocks of Cenia stone specifically sculpted to incorporate the ventilation of the niches and sockets. Plant holders are also individual Cenia stone blocks which have been hollowed out and incorporate imperceptible perforated drainage on the base.

The central paving uses double slip-coated ceramic tiles, playing with curves and counter-curves in dialogue with the vault. These tiles were designed and manufactured for the occasion by ceramist Enric Mestre, who also designed the monolith and the ceramic panel at the top of the pantheon. The slab used in the crypt, a single piece of Cenia stone weighing about a tonne was extremely difficult to extract and produce, but can be slid effortlessly thanks to the rails and wheels attached to the back and installed by Unisystem. Inside, in the long space with smooth finishes from Porcelanosa Group Butech panels there is room for 24 niches and 12 columbaria, lit with simple linear LED fittings on the ceiling.

Extension of the Panum complex at the University of Copenhagen by C.F. Møller Architects 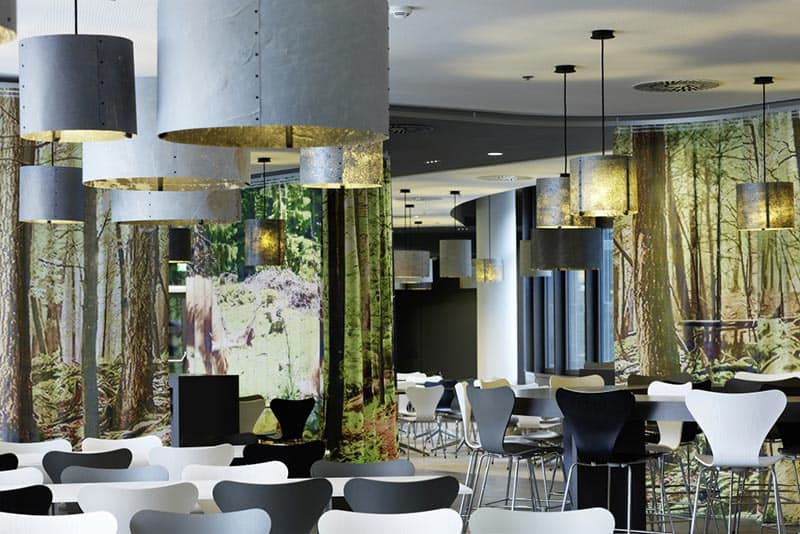 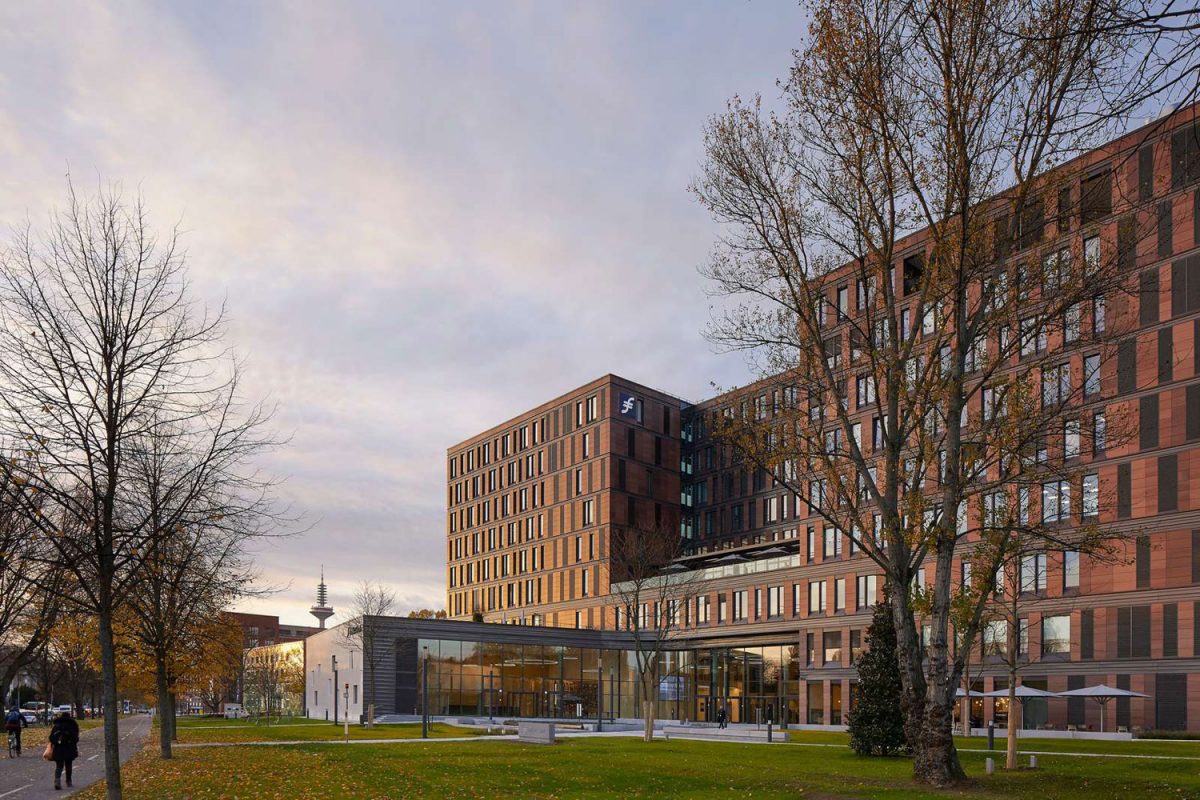 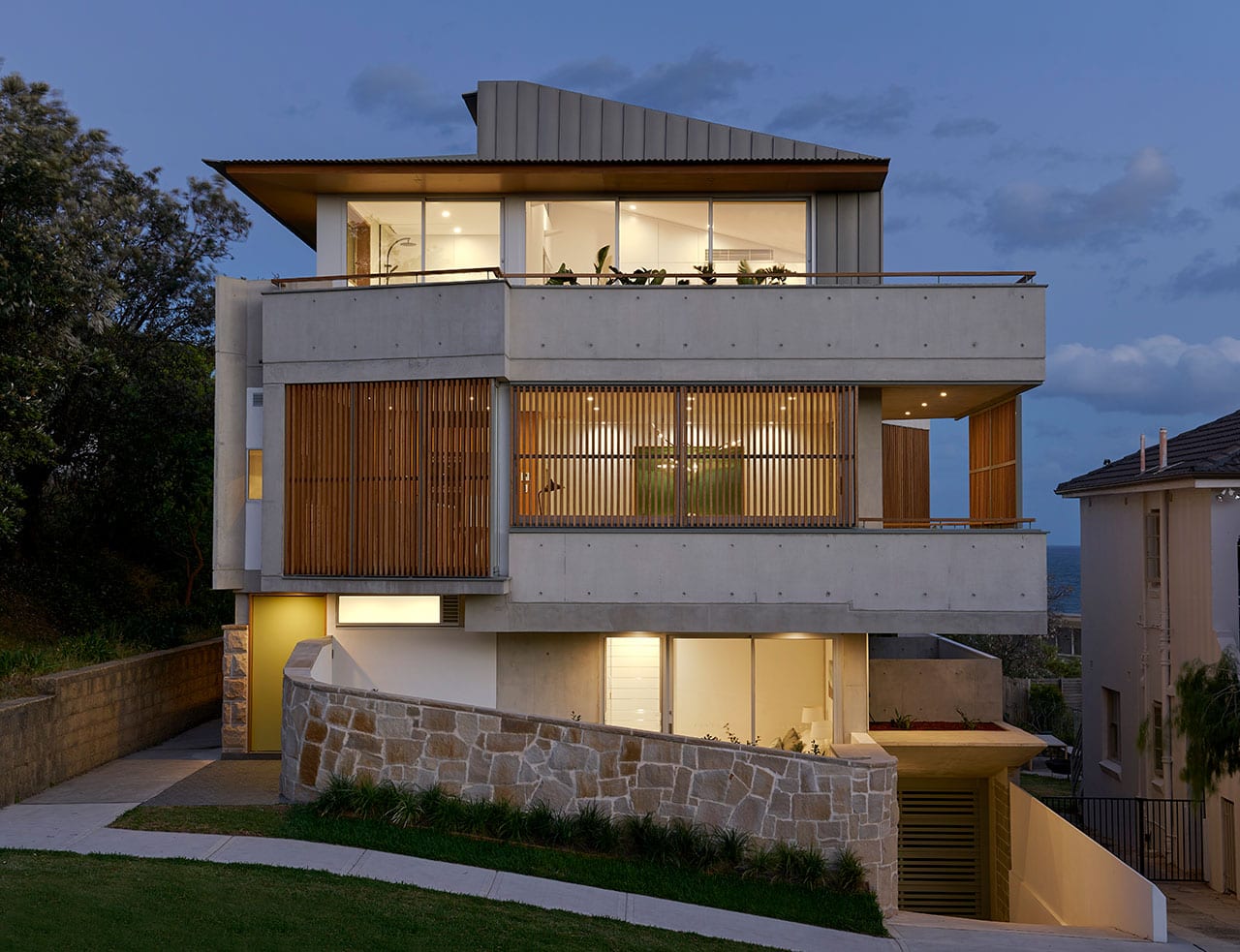