Located in Laval, a Montreal suburb, this century old house underwent a complete overhaul of its interior. The owner/designer Mélissa Ohnona wanted to maximize the space as well as the natural light and exterior views from the house, to create a welcoming and functional family home.

The space had been renovated in the 90’s, leaving it oddly divided and devoid of any original charm. Therefore, it was decided they would start from scratch and completely rethink the layout. Not much was left intact; the kitchen, bathroom, powder room, even the stairs were relocated. An extension was also added on the second floor, in order to have 4 bedrooms (allowing each of their 3 daughters to have their own bedroom).

This was not the first time Mélissa Ohnona and her husband tackled major renovations, so they knew what they were getting into from the start. With a limited budget, the couple managed to create their dream home by doing a lot of the work themselves. Hubert, Mélissa’s husband, built the stairs, installed the floors, the moldings, the wood paneling on the wall, the doors and also did all of the painting. Because he is a self-taught handyman this bestows a “hand-made” feel to the house, which contributes to its warmth. They did not try to hide the imperfections because they see them as a welcoming factor, keeping the house from feeling intimidating. The designer thinks houses benefit from nicks and scratches, which are traces of the actual living that takes place. Textures are also a major element in this house, which is not only pleasant to the eye but also to the touch: slate tile, oiled pine floors, leather pulls, glass railings, ultra matt kitchen cabinets… These are some of the rich textures that can be found throughout the house.

The ground floor strikes a perfect balance between openness and defined spaces. When you first enter, a black volume (where the powder room and laundry area are concealed), maintains a bit of the mystery, and insures that the house does not reveal itself completely at first glance. The layout was modified and now the living and dining rooms both look out to the backyard and its many tall trees (the living room was previously at the front of the house, which is on a fairly busy street). The ground floor is on street level at the front of the building, but one floor up at the rear because of the slope the house is built on. Therefore when looking out from the wide openings at the back, you are up in the trees. The kitchen, in its nook, is still very open to the living area. The dining room, which was on the smaller side, can now house a table large enough for fourteen people. This was key for the designer, who wanted a house that was welcoming and allowed her to host large gatherings.

The second floor is now divided into two equal parts by a central rift, which connects the two floors. Only two small “bridges” cross the gap to allow access from the hallway to the bedrooms on the other side. This creates interesting views onto the living area downstairs. The stairs were moved to this central location and have become a focal point.

The palette is fairly restrained throughout the house: black, white and pale woods are present in every room. The floor is oiled white pine, in wide planks that are room-length. The pine is a material that could have been used a hundred years ago, and is therefore coherent with the age of the house. It is a soft wood, which means it will develop an interesting patina over the years. It has also been used on the wall of the stairs, which draws the eye up to the second floor. The sleek glass used as railing creates an interesting contrast with the rustic knotted pine. The black elements also contrast beautifully with the wood, but are not overpowering, as the white walls let the light bounce and flood the house.

The result, which Mélissa Ohnona calls “the big small house”, is at once grand, with its high ceilings and open staircase, and warm and homey, with its wood surfaces and human-scale spaces. An effective balance which leaves its occupants pinching themselves daily, feeling extremely lucky to live in their dream family house. 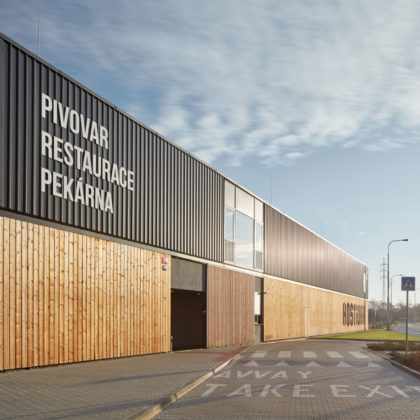 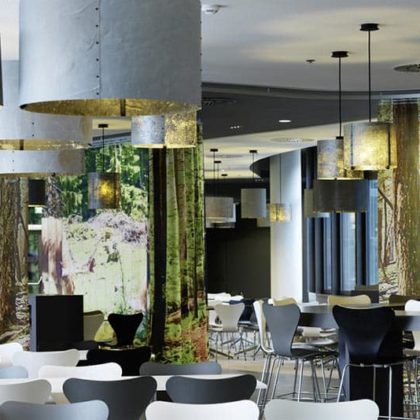 INNOCAD, in cooperation with United Everything for graphic design, won the competition for interior design of the ÖBB group headquarters in Vienna 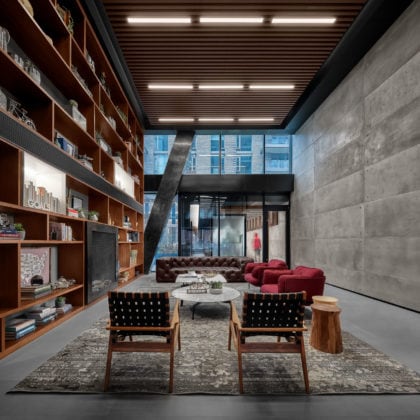 Atelier BOOM-TOWN took advantage of the redevelopment of this loft located in an industrial building near the Atwater Market in Montreal, Quebec, to make a second transformation of this former factory, converted into a dwelling project in the 1980s