The design intention is to create “a sense of wonder” through the striking contrast between the work itself and its surroundings, to inspire visitors’ thoughts and associations with the former rural landscape on the land under their feet. The work was created for the first OCT Fab Public Art Festival held at Fab Town, Xiangyang.

When invited to create a work for the Public Art Festival, the chief designer Hu Quanchun imagined a lot about Fab Town, as its name seemed to indicate that it was a place with abundant wondrous things. When he arrived at the site, however, he realized that Fab Town was just a real estate concept proposed under the commercial planning of this area. The site where the Town locates was originally a vast piece of farmland, which was being replaced by a new modern built landscape. The so-called “Fab” is just a longing for the future development and wonderful lifestyle of this urbanized area.

The design task was to create a public art work for the commercial center of Fab Town, to echo the Town’s theme. During the design phase, the site was under construction, and the new spatial context and environment had not completely taken shape. From the perspective of public art design, it was hard to create a work on such an empty site. The reason was that public art creation needed to be rooted in the historical memory of the site, coordinate with its surroundings, or interact with the public. But the site’s conditions were not enough to build these connections, which became a major obstacle to the design.

A few days later, Hu Quanchun broke the deadlock by chance. He found a large lump of mud on the concrete pavement of the Fab Town. With clear tire imprints left by construction vehicles, the mud looked like a relief sculpture on the road. The scene reminded him of the rural roads everywhere in his childhood days. In his memory, rural roads were rich in “expressions” which changed with the weather. The road would become muddy on rainy days and be full of tire imprints and footprints when the sky cleared up. Then after several sunny days, all traces on the road would disappear under the crushing of cars and the trampling of passers-by. Until the next rain came, such a process of changing would start again.

Walking on the road with different “expressions”, people would be in different moods and states. On rainy days, they had to cautiously take every step on the sludgy road, while on sunny days, the dry yet soft road brought them an enjoyable “journey”. These were the joys and sorrows of walking on country roads in the past days.

With the development of economy and modernization, rural areas have been equipped with modern road facilities. Unpaved roads in the public’s memories cannot be found in urban areas and are even rare in the countryside nowadays. Undoubtedly, those unpaved roads, which were dusty in fine weather and muddy on wet days, have nothing to do with romance. Besides, the troubles they brought to people’s daily life are also contrary to modern values. The country roads, however, used to be the “way” to modern cities and carry our past memories.

For the modern Fab Town under construction, its future prosperous environment is exactly built on a former countryside land. With rapid construction and development, all rural marks on the site will eventually vanish.

The work “Imprint” tries to “preserve” the ruts and footprints on country roads by casting molten steel, and to “reproduce” a fragment of past countryside road in the bustling commercial area. The design goal is to intuitively present the daily state of unpaved rural roads in the past.

The work is presented in a very intuitive way. The designers originally planned to find a stretch of muddy road in the countryside, to directly duplicate it by casting molten Corten steel. But after testing, the team found the plan was not feasible. There were three reasons: firstly, often affected by rainy weather, the status of rural roads is not stable, while duplication requires the road surface to remain unchanged for a certain period of time; secondly, since roads with tire tracks and footprints are generally in use, the designers might hinder the traffic during making the work; lastly, even if the weather and road conditions could satisfy the designers’ requirements, it was still difficult to find an ideal and expressive section of road to present the abundant “expressions” of rural muddy roads.

After considering all factors, the design team decided to produce the artwork indoors in a large sculpture processing factory. The specific steps were: to first lay sculpting clay on the indoor floor, then to simulate footprints and various tire tracks on it, and to cast it with molten Corten steel. This method enabled the designers to control the process of making and simulating road imprints, and hence to achieve a desirable visual effect of the work.

The finished work was finally paved on a small square deviating from the main walkway at the Fab Town’s commercial center. The work is obviously incompatible with and even forms a sharp contrast with its fashionable and busy surrounding environment. But it is this unexpected contrast that responds to the “fabulous experience” that the Town intends to create.

Public art design and public space complement each other, and different spatial conditions lead to different design strategies. Though the creation of “Imprint” was almost synchronized with the construction of its new surrounding setting, the design concept of the work is still rooted in the specific historical memory of the site. 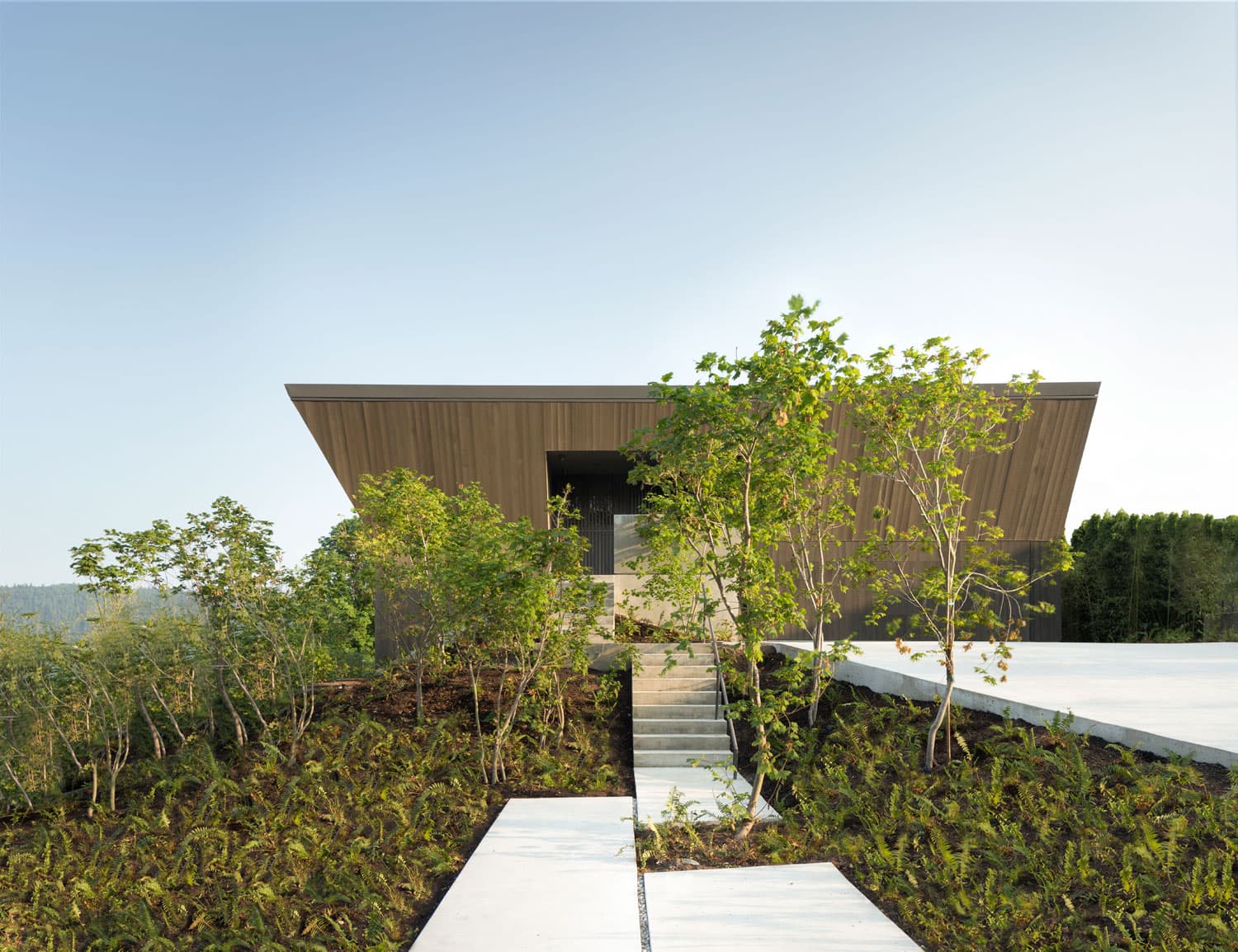 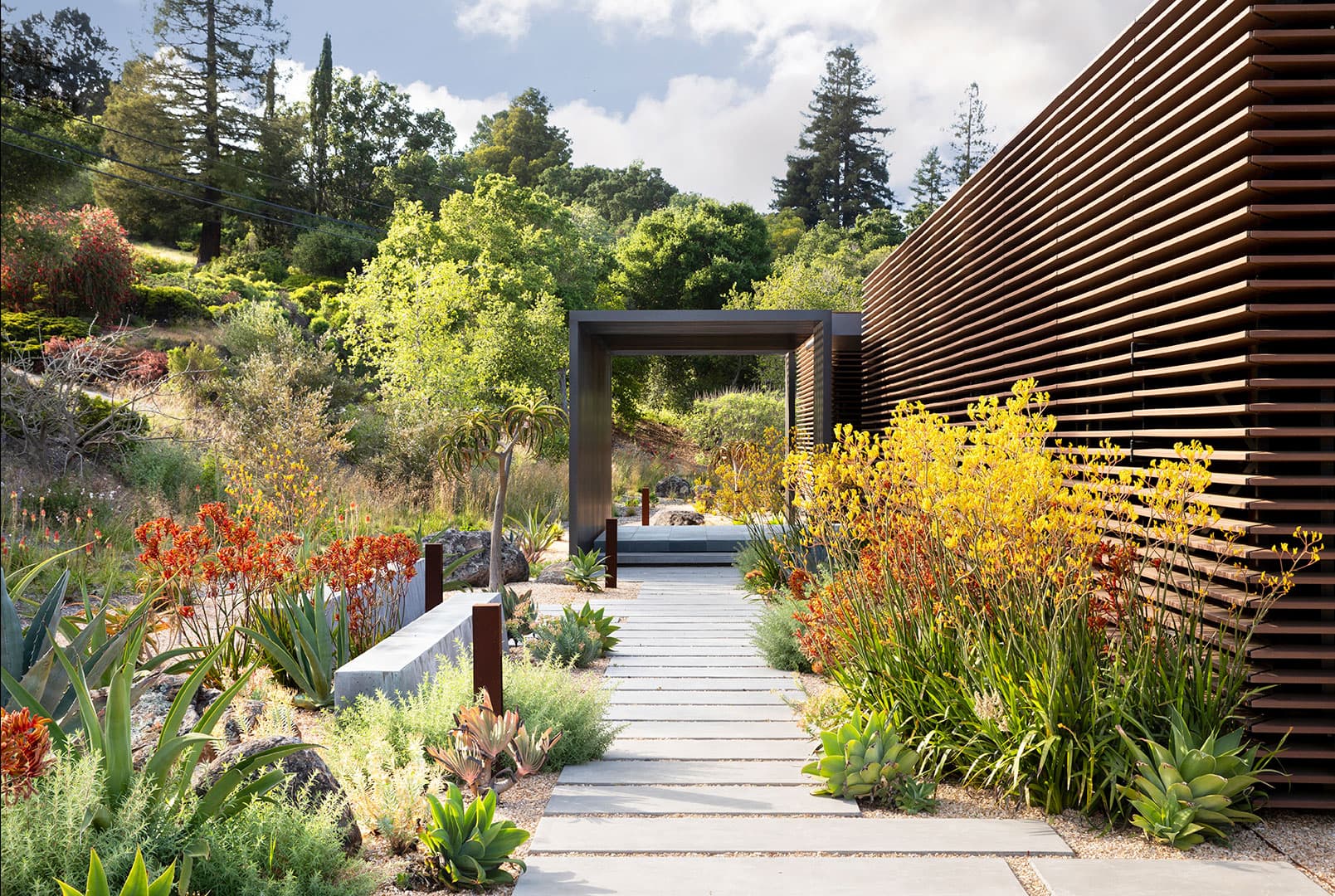 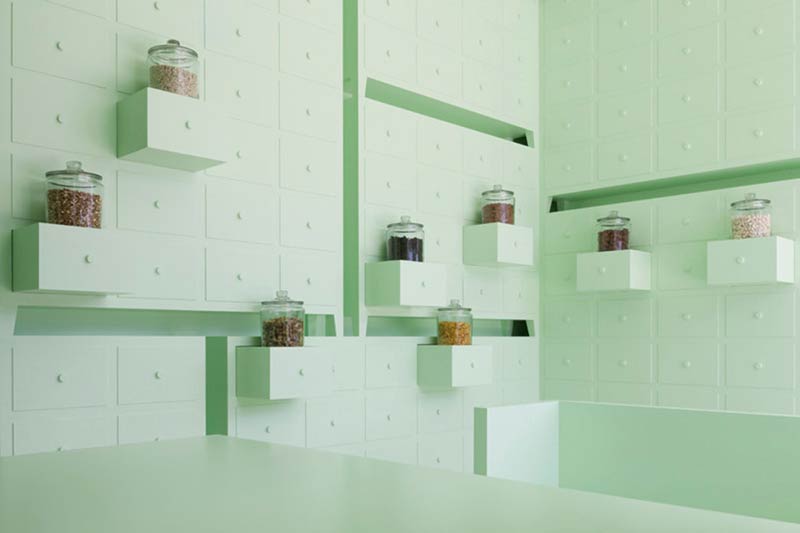