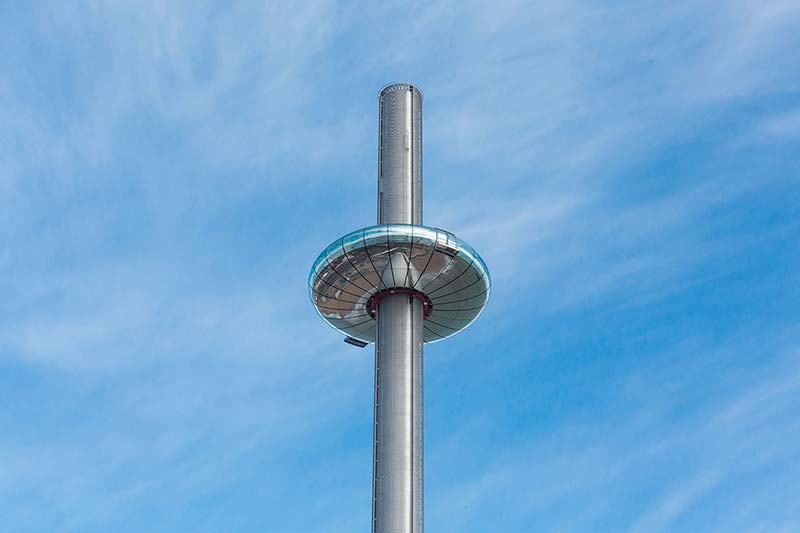 With an overall height of 162m, and an observation pod that rises from ground level to 138m above Brighton beach, British Airways i360 will be the world’s tallest moving observation tower when it opens in summer 2016.

Each ‘flight’ will carry up to 200 visitors at a time to enjoy unprecedented views of the city of Brighton and the landscape of the South Downs National Park. The attraction’s visitor centre will incorporate a 400-seat restaurant The Belle Vue Brighton, a gift shop, a children’s play zone, an exhibition space, and conference and event facilities.

On June 14 2016, the observation pod reached its maximum height of 138m for the first time, as testing and commissioning continue towards the attraction’s opening this summer.

Technicians could be seen on the crow’s nests, temporarily installed on the top of the pod, carrying out checks on the cladding and the busbar trunking behind it, which enables electrical current to be distributed up the tower and into the pod. Further tests were being carried out inside the pod, at the top of the tower, on the counterweight inside the tower, in the control room and in the machine room.

David Marks of Marks Barfield Architects, which conceived and designed British Airways i360 and the London Eye, said:

Today the team reached a major milestone with the pod reaching its maximum height for the first time. Testing and commissioning will continue for a few more weeks. 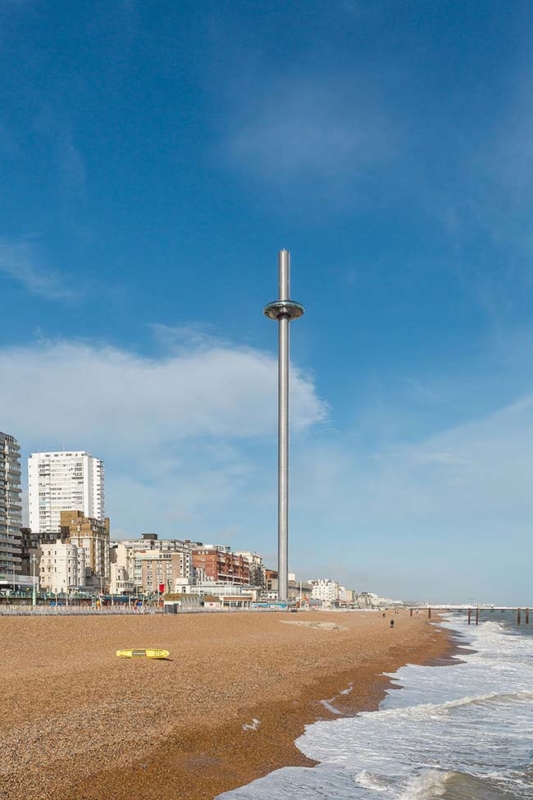 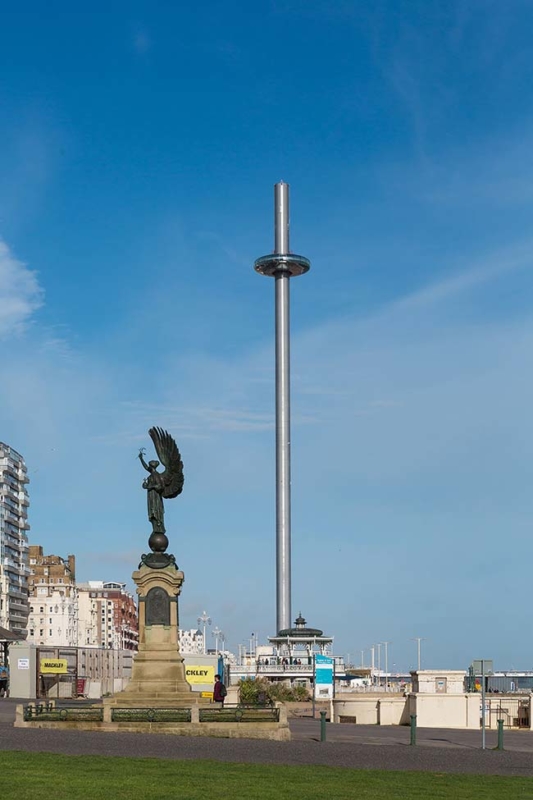 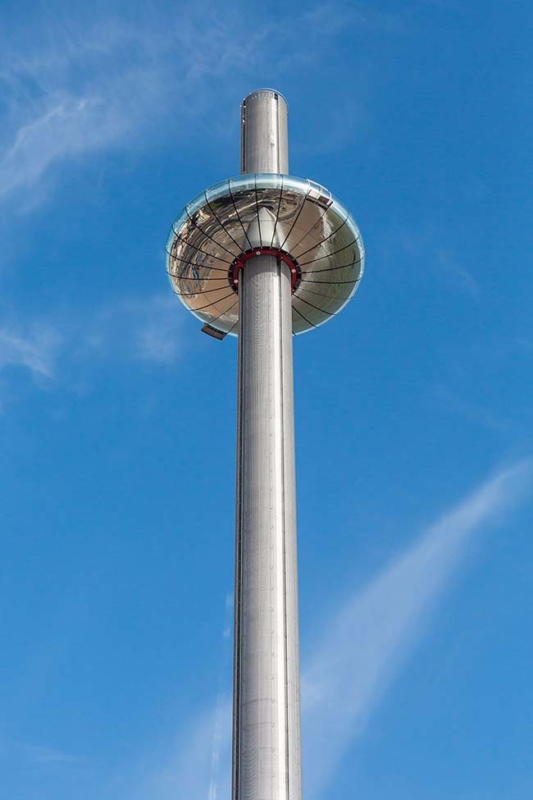 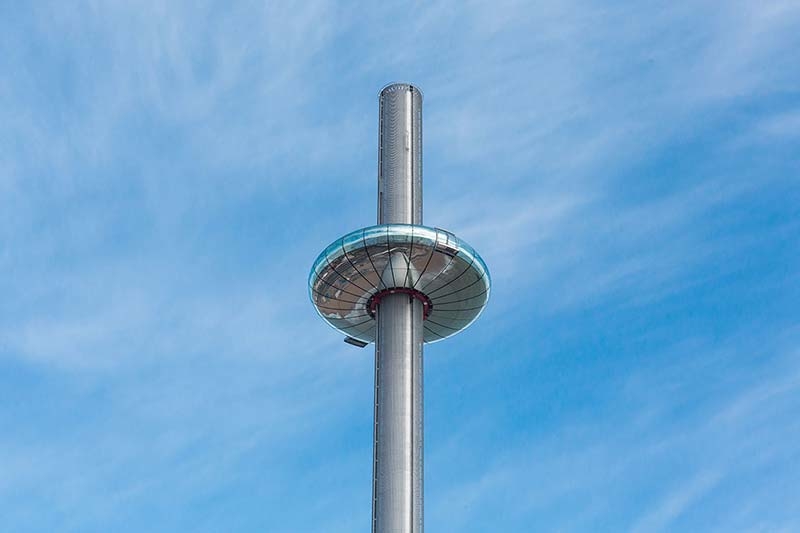 About David Marks and Julia Barfield:

David Marks and Julia Barfield are the architect-entrepreneurs behind the creation of Brighton i360. They founded the company in 2005 and are its majority shareholders. Previously they performed a similar role creating the London Eye where they remained shareholders and directors until 2006. Together with a tight-knit group of extraordinary individuals, trusted consultants and companies, many of whom worked with David and Julia at the London Eye, they secured the planning permission, partners, land and funding for British Airways i360. Marks Barfield Architects is one of the UK’s most versatile and innovative architecture practices, established in 1989. David chairs the British Airways i360 board.