Messner – a dream house in Bolzano

At the foot of the Sciliar, in the picturesque area of Alpe di Siusi (Bolzano), the spirit of a barn is reborn as a home. The project, realised by noa* (network of architecture), has at its core, the South Tyrolean tradition combined with surprising features internally, resulting from design of visionary and unexpected spaces. An almost magical ambience is created, inspired by childhood memories.

Keep tradition in mind, but at the same time move away so as to create an original identity, a new way of living, a different structuring of the domestic space, and to search inspiration from a childhood passed in the mountains. This, in summary, was the challenge faced by noa* in the project to construct a new home at Siusi in Sciliar, a construction to take the place of a deserted house in the centre of the village, with the original structure dating back to 1850.

The job, completed in 2017, needs to be understood in its complex and delicate context. We are talking about South Tyrol, and a project executed at a height of 1100 a.s.l. at the foot of Alpe di Siusi, a part of the Dolomites recognised as a Unesco World Heritage due to its outstanding natural beauty. It was therefore extremely important to respect the parameters of the original structure and the urban planning requirements and regulations of the village. For Stefan Rier, founder, together with Lukas Rungger of the noa* studio, and in this instance ‘his own client’, the project was an opportunity to give a personal footprint to his own property. In this sense there was a move away from the traditional principles of spatial distribution, this being achieved in part by recalling memories of a childhood spent in the mountains.

“We wanted the project to respect the aesthetics and the urban aspects of the village, a village where wooden barns alternate with plaster-fronted houses destined for farmers and the keeping of cattle.”, explains architect Rier. “With this in mind, we finished the exterior structure with a ‘coating’ in keeping with tradition: a wooden grid on all 4 sides, just as is used for alpine barns. However, as far as the interior is concerned, I decided to leave tradition behind me, and thereby free the design from any preconceived limitations. In this way I was able to look forward…but also a little back in time to the beautiful years of my childhood”.

The outcome of the project is a dwelling, having two aspects which confront each other in their style. The exterior represents the traditional alpine location, splendidly immersed in the local topography, whilst the interior boasts the visionary impulse, the surprise of a space freed from the general scheme of things, almost permeable, osmotic, and certainly innovative.

On the ground floor there is a common area which spreads out almost in a ‘piazza’ fashion for (habitational) and interactional use: there is a dining table to enjoy with friends, an ample sized kitchen to accommodate more than one cook! The rest of the house develops in a vertical way and instead of the classical room division there are what can be described as ‘hanging boxes’, which are positioned at different heights and interconnected by stairs and walkways – they giving the sensation of walking up a mountain path towards the peak. The hallways are carefully designed so that, apart from their connecting function, they accommodate other essential areas such as the library and open ‘bathroom’ areas with tubs and showers (only the WC are closed in). The entire structure is conceived in a way that the further one goes up the level of privacy and intimacy is heightened. The highest ‘box’ which features a sauna opens out to the splendid view of the Santner mountain.

The revolutionary distribution of the interior spaces can be noted also from the exterior, and a sort of counterpoint is created with the traditional presentation of the exterior itself. To the north the two boxes of the bedrooms, finished in bronze, can be seen behind the wooden trellis shell, and as a result the material contrast is evident, while to the south it is sauna box which protrudes the glass facade. It is an architectural concept, both extremely innovative and courageous in nature, but which also has the value of being able to evoke an atmosphere of time past. Viewing the structure from a distance, the larch framework which supports the hanging boxes with its roof supported by 12 metre high wooden columns, seems to be the outline of an old barn.

“Thinking about it, I spent a lot of my childhood playing in barns”, underlines Stefan Rier, “and one of my lasting and favourite memories is of when I used to climb high up in the barns and then throw myself down into the hay. Maybe if I had not had that experience, I would never have come to design this house …”.

The Structure: A Dialogue between time past and time presents

The house mirrors the construction type of the location’s rural buildings. On the stone foundation (10x8m), is a wooden structure in larch on three levels, and which supports the gable roof, typical of the village’s dwellings. A wooden trellis covers the whole house in a shell-like manner, screening the light and heat of the sun in the hotter periods, and as a whole it is suggestive of the typical structures of alpine barns.

Two boxes, one in bronze and one a glass structure ‘peak out’ from the trellis, to the north and south respectively, and so revealing to the exterior that there is something complex to the interior layout. To the south there is a glass facade and a terrace which opens out to the magnificent view over the landscape of the Dolomites, a view which is dominated by the splendid sight of the Sciliar massif.

The Interior Spaces: A Static Challenge

Inside the house, the distribution of spaces and functions is really unusual. The ‘boxes’ which house the three bedrooms are supported by the wooden beam structure, visible in its totality (12 metres high). The bedrooms are designed as micro-homes, each one having its own particular design, these boxes seem to almost ‘hang’ in the ample volume of the interior (1,100 cubic metres). One gains access via a staircase and a walkway system, which as well as having a connecting function, accommodate the ‘bathroom’ areas with tubs and showers (only the WC are closed in).

On the last floor, a box plays host to the sauna with a panoramic view, extending out of the southern front. Preceding the sauna, there is a book-lounge with an antique majolica stove, which has been taken from the pre-existing building. The library together with a cloakroom area complete the private spaces on the higher levels. The ground floor is a large open space with three diverse ‘island’ functions: the relaxation area, the dining area, and the kitchen, resolved with a large working surface feature in natural brass, and decorated on the sides with artisan earthenware tiles.

As well as incorporating materials having a local tradition – wood and stone – the project introduces others of a more contemporary nature, in some cases recalling a Mediterranean style. The floor resin, giving uniformity to the ground floor appearance, alternates between baked clay and sea-blue tiles, the same as used for the side covering of the kitchen’s work surface. The brass gives brilliant warm tones to the furniture details and to the work surface which also incorporates the cooking essentials and sink. The staircase, in finely worked steel recalls the grates of Arabian tradition, creating a chiaroscuro effect which is extremely unusual for the Alpine environment.

The furniture has all been produced to design specification, adhering to a zero-kilometre regime. Attention to detail has been scrupulous, as has the search for original solutions from both a formal and functional stance. Cloth chosen plays an intricate game with wood in creating an atmosphere almost theatrical in kind. Flowing blue drapes act almost as stage curtains in enclosing various spaces and giving different and new perspectives. There has also been a coming together of texture and décor for the box-like bedrooms, this evident even in the wallpaper in blue tones, and so creating a functional soundproofing barrier.

The project strives to make the most of natural light: to the south the facade is a complete glass construction, the light being filtered by the external wooden grid positioned at 2.5 metres from the principal structure, whilst the jutting out roof shades protect the interior from the extreme heat of the summer months. On the roof, a skylight opens to the east providing another source of light. To the north there are windows. As for internal lighting, in the very high living area, there are suspension lights to guarantee sufficient light and in particular for the specific functional areas (dining and kitchen areas). Many of the lamps in the house have been design created.

A Biodiversity Corridor for Montreal 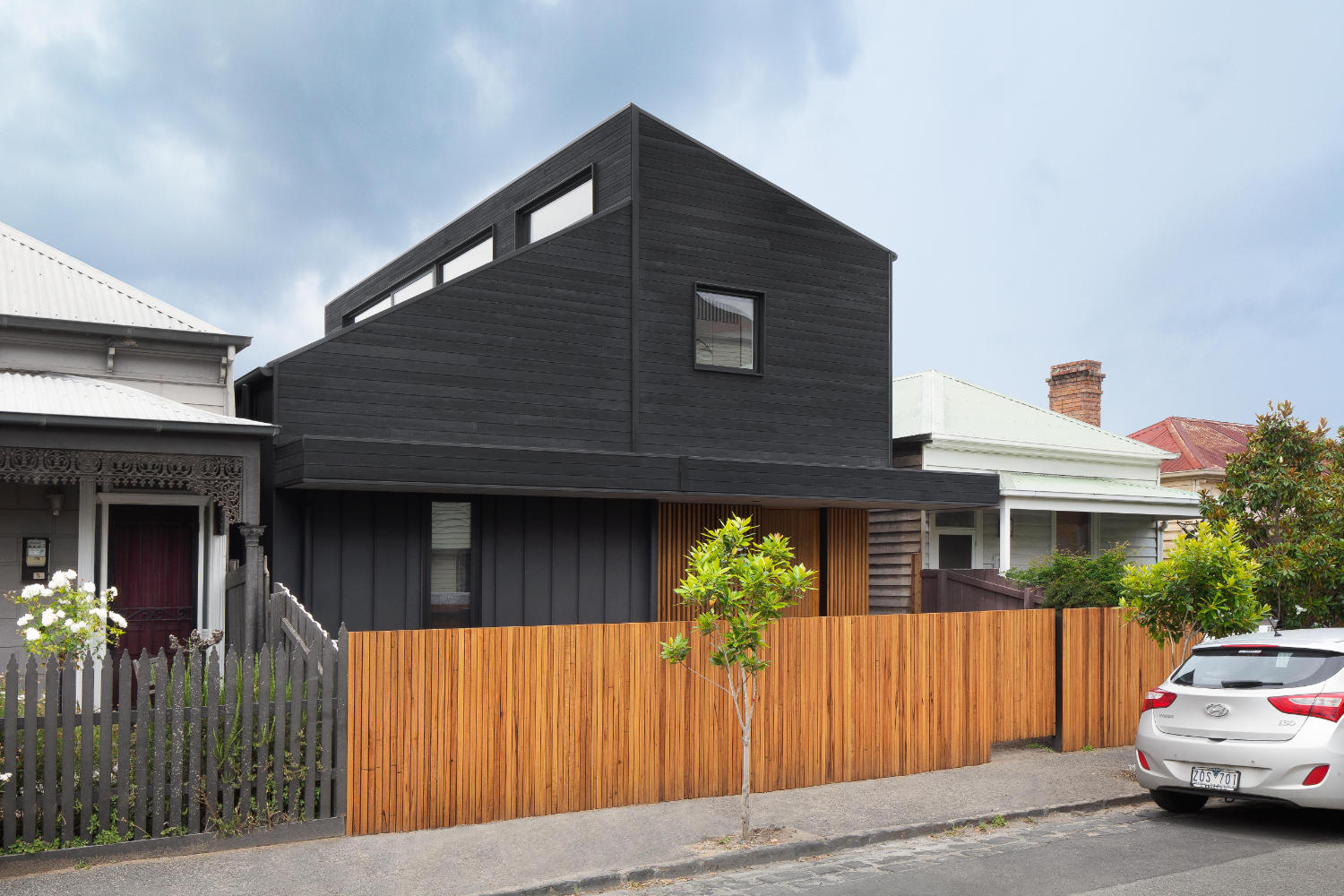 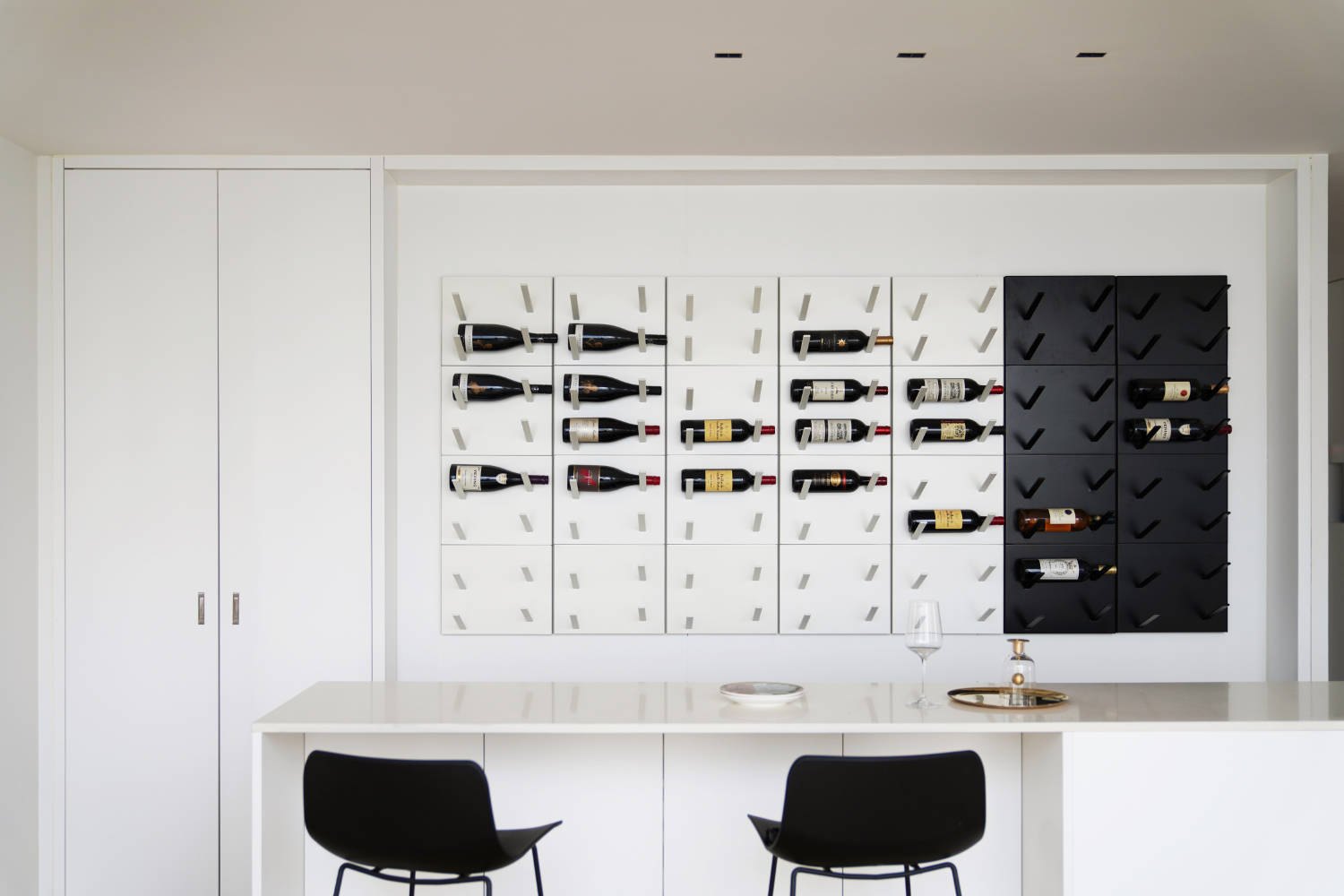 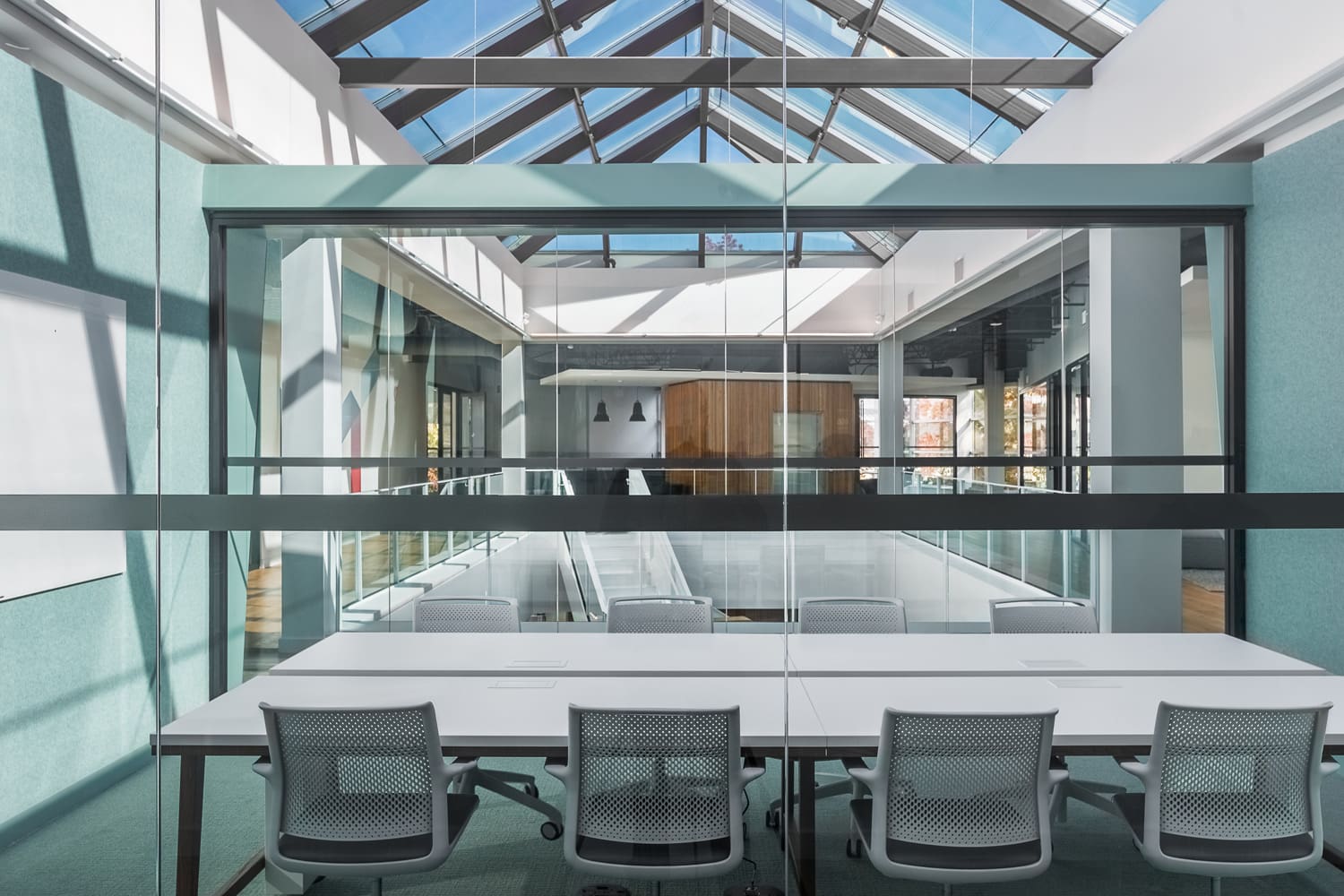