The Royal Architectural Institute of Canada (RAIC) and the National Trust for Canada announce that the Niagara Parks Commission’s Butterfly Conservatory is the recipient of the 2020 Prix du XXe Siècle Award of Excellence. Additionally, the Humber River Bicycle and Pedestrian Bridge have received a Certificate of Merit. This annual award recognizes and celebrates Canada’s landmark buildings of the 20th century.

This prize celebrates design quality as well as enduring excellence, recognizing buildings that continue to be used as designed or that have successfully accommodated new uses without being altered in ways that detract from the original design intent.

The Niagara Parks Commission’s Butterfly Conservatory is an exemplary complex of glass buildings dedicated to the public display and rearing of live butterflies. Completed in 1994, it remains the largest and most northerly facility of its kind in North America. At the time opening, it was celebrated in the Economist as a landmark international achievement. It quickly became a “must-see” attraction in Niagara Falls with more than 500,000 visitors passing through its doors during its first year of operation.

“Choosing the Butterfly Conservatory strongly illustrates the value of the Prix du XXe Siècle award,” said the 2020 Jury. “It is a project that may not have been at the height of architectural fashion when it was completed in 1996, but with the benefit of hindsight, we see a building that has stood the test of time and was a forerunner in what we now understand as sustainable design. The conservatory design is based on careful problem solving, the use of natural, durable and repairable materials and poetic engagement with the landscape. These elements alone make this project stand out and offer guidance to contemporary architects.”

Located in the Niagara Parks Botanical Garden, the project was conceived as a year-round attraction to compliment the nearby garden, located six-and-a-half kilometers from Niagara Falls. The building also expanded educational opportunities for students of the Niagara Parks Horticulture School. The school was originally founded to train horticulturists to support the extensive gardens and natural landscapes—including Niagara Falls—that are the stewardship responsibility of the Niagara Parks Commission.

Energy efficiency was an important consideration and objective of the “integrated design” approach taken by the architecture and engineering team for the Butterfly Conservatory. For historical context, Green Building Councils were only just being formed at the time of construction, and the popularization of the LEED Certification system would not happen until years later.

The design team focused on issues of envelope performance associated with glass enclosures and endeavoured to learn from the production greenhouse industry. To maximize building performance, the design of all building systems was considered holistically including their potential to exploit and manage natural air movement. Butterflies only fly in daylight, so daylighting promotion and management were always at the forefront of system integration efforts in the design of structure and glazing for glasshouses.

The care with which the Butterfly Conservatory’s client group and consulting team planned and designed the facility has resulted in an exceptional history of operational success over the 25+ years that it has been in operation. During this time, close to 8 million people have visited the facility. On a busy day, 2,000 visitors pass through its doors. Satisfaction for visitors and staff remains very high—and the building operates as intended. Few alterations have been made since opening day, so the visitor experience has remained durable despite the intensity of use.

The Humber River Bicycle and Pedestrian Bridge provide a vital link to the waterfront trail system along the shore of Lake Ontario. The design called for an integrated team of engineers, architects, landscape architects and artists—so that the project could provide a narrative of the cultural and natural heritage of the site.

The tied-arch form and cairn-like concrete abutments mark a gateway to what was once a historic trading route of Eastern Woodlands Indigenous peoples, who frequented the site for over 200 years. The steel superstructure connecting the two tubular arches is patterned with an abstract image of the Thunderbird— ruler of all airborne species—and icon of these Indigenous peoples. Etched panels depicting the site’s complex history are located on walkways beneath the bridge deck. Snake and turtle motifs were incorporated in recognition of the natural world at the mouth of the Humber River.

“This contemporary project successfully incorporates iconic aspects of the history and culture of the site while responding to the current needs for pedestrian and bicycle infrastructure. ,” said the Jury in a collective comment. “The Humber River Bicycle Bridge represents a unique collaboration of design disciplines that has resulted in a beautiful engineering and architectural work. It is also a forerunner in the creation of non-motorized transportation infrastructure and has become a landmark in the community.”

Structurally, the bridge’s post-tensioned concrete deck is supported by steel beams suspended by stainless steel rods from two parabolic steel arches. The superstructure was fully constructed on the banks of the river before being hoisted into position by a crane and a barge.

With new initiatives encouraging the public to adopt methods of active transportation, the bridge continues to play a role in the service of public health. Ultimately the bridge’s function is to connect—Toronto with Etobicoke and the present with both the past and the future. Since its construction, the Humber River Bicycle and Pedestrian Bridge has become an enduring and iconic landmark of Canadian Architecture.

Tierwelthaus – a unique relationship between the home and the land 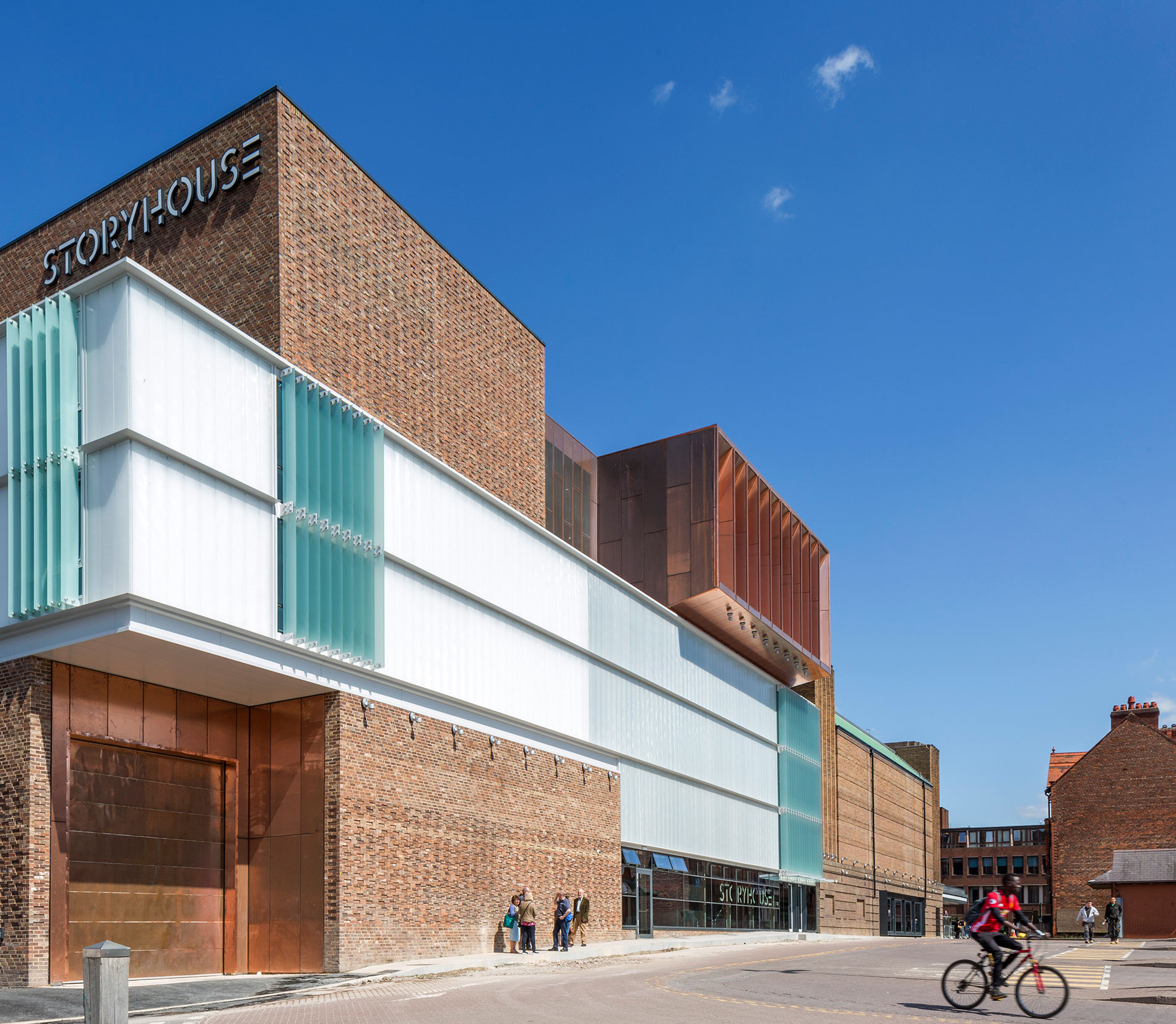 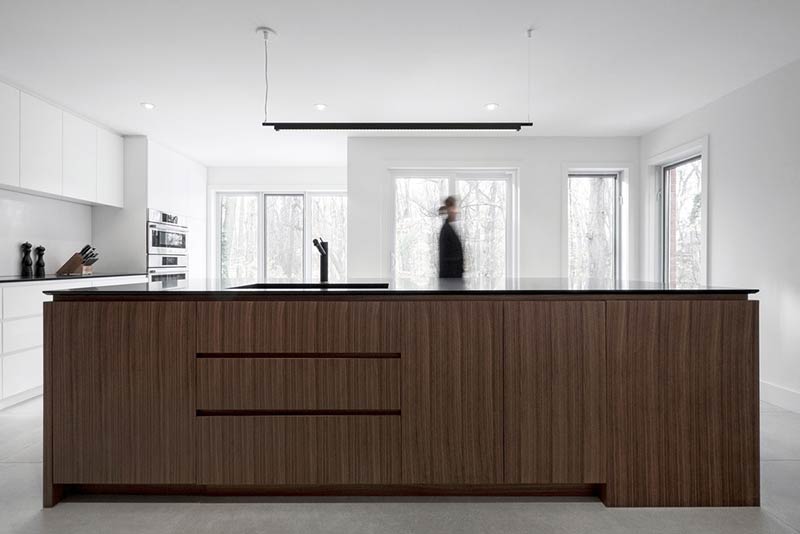 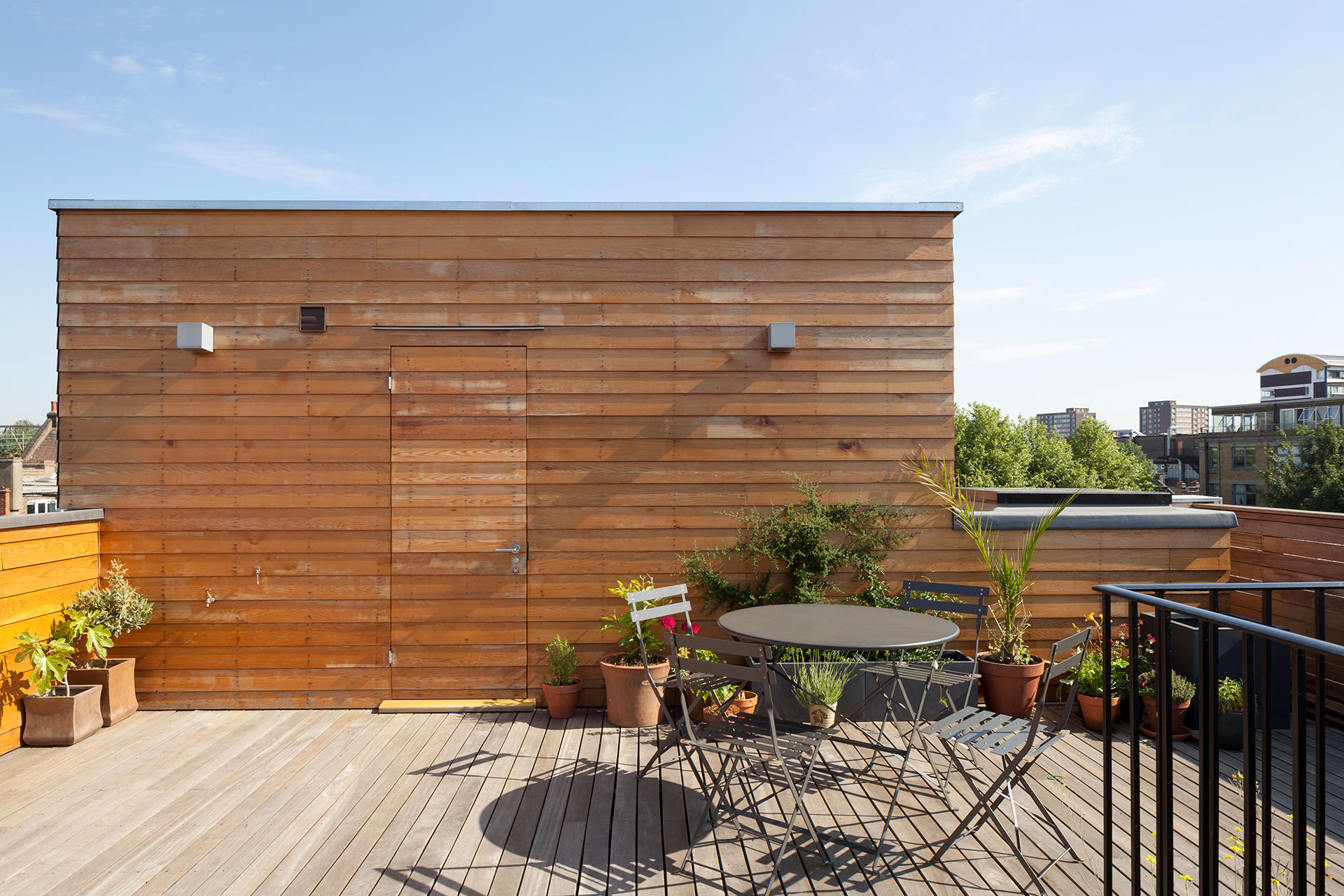