The new interior design represents a café that corresponds to the aesthetics of the original interior of the 1930s: It is a clean, simple and elegant space reminiscent of the building’s origins, using modern building techniques, finishes and materials.

The building of Czech Radio on Vinohradská Street was built between 1929 and 1932 in the Functionalist style designed by architect Bohumil Sláma. The main investor of the project was the Ministry of Post and Telegraphs, as the new premises were to include, in addition to Radiojournal (Czech Radio), the Post and Telegraph Directorate in Prague (Presidium, Auxiliary Offices and (on the ground floor to Balbinova street). On the ground floor, towards the Marshal Foche Avenue and the corner, were originally planned several shops. The individual functions were completely separated in the project, but it was possible to connect them effectively (Radiojournal – Post and Telegraph Directorate – Post Office) with the intention of further expanding radio rooms without limiting broadcasting.

During World War II, the building was hit by an air bomb and partially destroyed. The building has been reconstructed and completed several times during its history, with some construction work successful and others less. Extensive reconstruction of the original building at Vinohradská 12 took place in two time periods, between 2004 – 2005 and 2007 – 2011. The building is registered as a cultural monument.

Czech Radio wanted to open its programming more to the public and needed space for this mutual interaction – a place, where people and the radio sphere could get to know each other, come together and inspire each other. It is an informal café, where live broadcasts and social events can take place. Czech Radio wanted to create a place where people can meet in a pleasant and elegant environment, a place where people can meet not only with their friends and acquaintances, but also with moderators and guests of individual shows. From a distance, visitors can look into the creation of radio broadcasting.

The spatial task was to link two original commercial units into one café. CMC ARCHITECTS realized that this is a building of high historical and architectural value, but at the same time, we faced the requirements of the client to incorporate modern elements and technologies into the space so that they could be broadcast live from the café. Also, it was desirable for the client to have the possibility of organizing occasional social events operationally and visually connect the café with the entrance hall of Czech Radio.

CMC ARCHITECTS wanted a café in harmony with the aesthetics of the building: clean, simple and elegant. Visual reminders of the 1930s, but using modern construction techniques and materials. Of course, such a solution places demands on the functionality and service of the café staff, if we want to return to the city street in the center of Prague in the spirit of the First Republic.

The main entrance from the street is into the bar area, without height barriers. For the flexibility of the space, the main café space is a few steps higher, connected to the entrance hall of the historic building.

For surfaces and materials, we used a warm color palette, in combination with white glass, which refers to the marble lining in the lobby. Oak flooring, brass bar with railing, leather benches and marble tables, all are materials used for quality interiors. We duplicated the rhythm of the columns from the entrance of the hall into the café space to better organize the space, and, to create small pauses between groups of tables. We accentuated the dividing of the space with golden circles in the acoustic ceiling. The large glazed partition with double doors to the entrance hall is a historical replica of the existing hall door, while also meeting the acoustic and fire requirements of the project. The double-walled glass partition is a purely functional element, reducing noise from the street without interfering with the listed facade.

Due to the character of the operation, the café with radio broadcasting, all designs except for aesthetic and functional requirements are subject to maximum demands on acoustic properties, sound insulation, attenuation and absorption. Therefore, materials and constructions with the best values ​​commonly available on the market were selected. In addition, visible parts such as acoustic walls and ceiling cladding, were equally strictly analyzed, especially air flow in diffusers and circulation of building services.

There were several variants of the extent to which radio technology would be placed in the café. In the end, only the connection points were left visible in the space, and thus the new columns had effective use. Finally, the café has seating and variability in its spatial configuration. 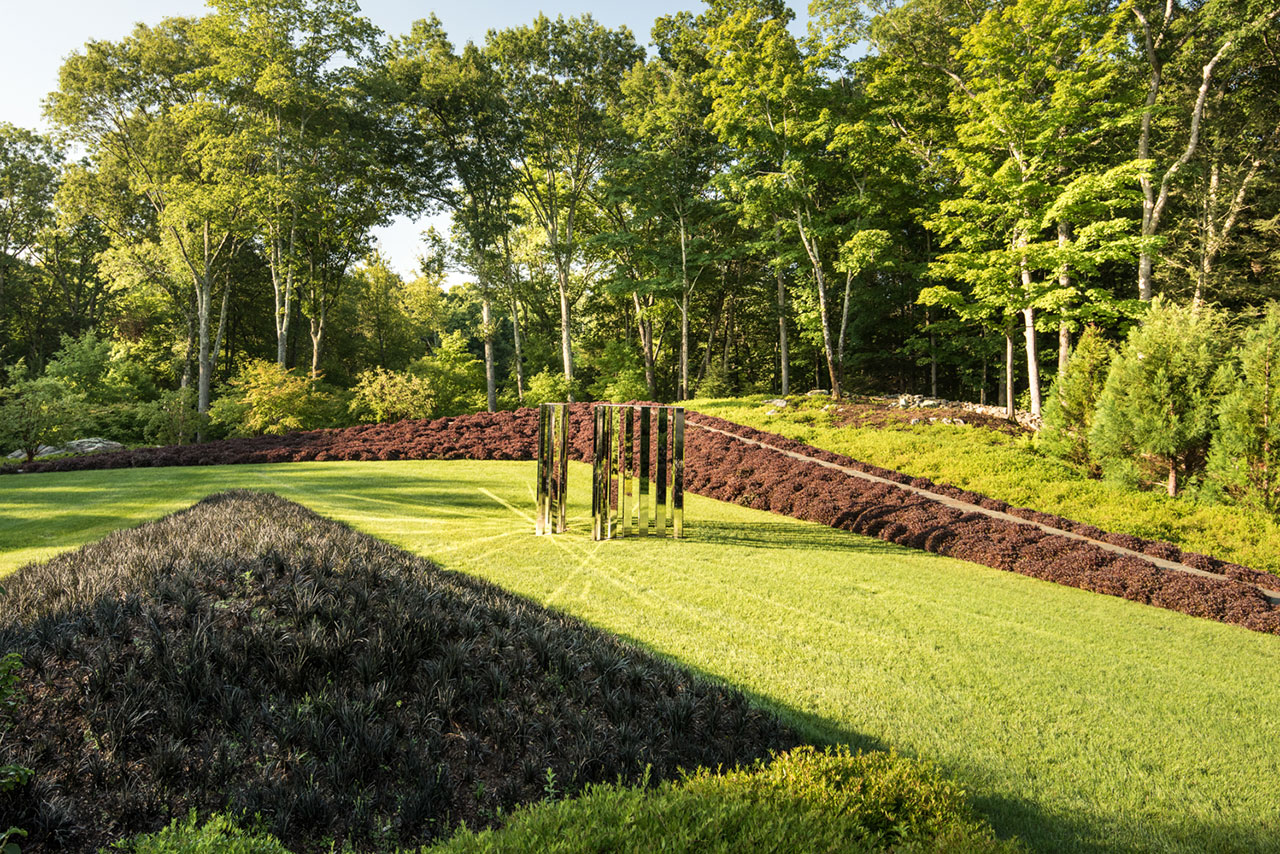 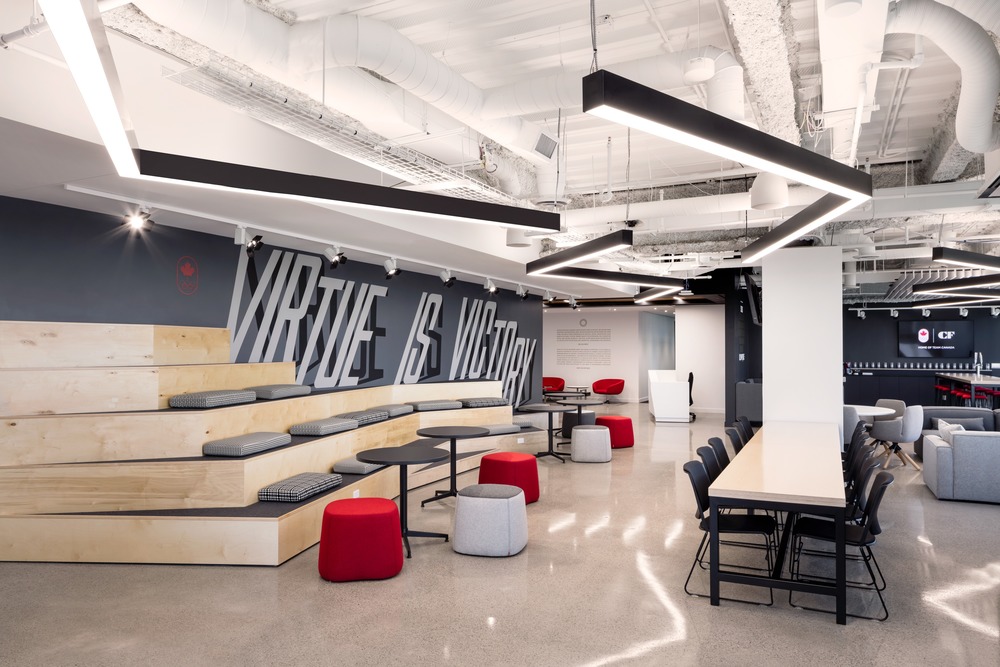 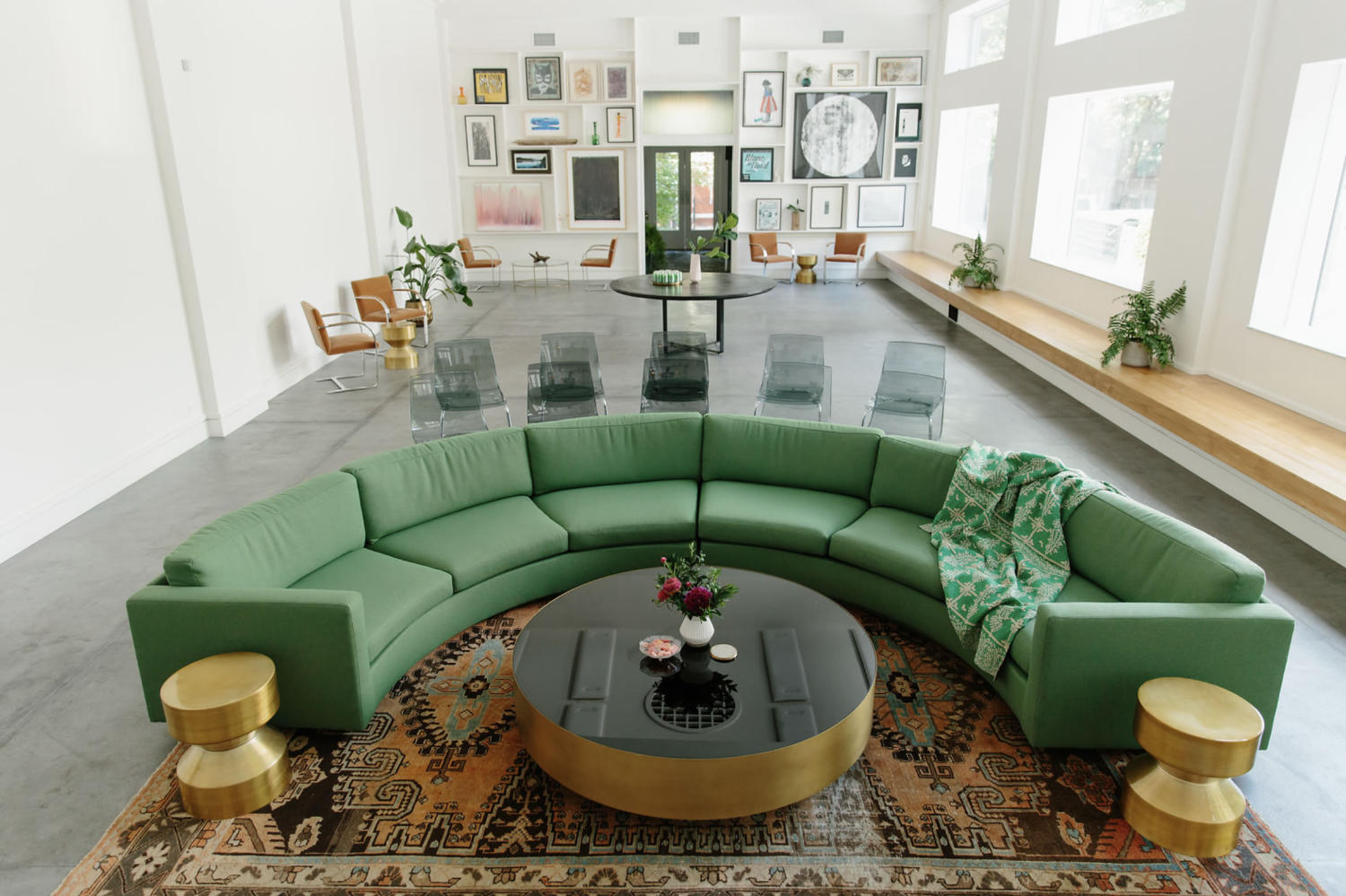