Following a two-year process, MVRDV revealed their competition entry and research process for the next Tencent headquarters campus. Located on a 133-hectare site in a prominent location in Qianhai Bay, Shenzhen, Tencent’s brief called for what is nothing short of an entire urban district including offices, homes for Tencent employees, commercial units, public amenities, schools, and a conference centre. MVRDV’s proposals and studies show the process of the making of this campus and conclude with these components integrated into a smart city district shaped like a continuous undulating mountain range, with a waterfront park winding its way around the base.

To accommodate their meteoric growth, Chinese tech giant Tencent began plans for its new headquarters in Qianhai Bay almost immediately after completion of their current Shenzhen headquarters, the Tencent Seafront Towers. But their ambition for their next home is on another level: the brief asked for a total of 2 million square metres of floor space to accommodate offices for 80,000–100,000 employees and homes for 19,000 residents, to be occupied by Tencent employees.

Beyond its scale, the brief is also technologically ambitious. Expanding on their mission statement, which foregrounds the “user value” of technology and the benefits it can bring to everyday life, they requested that their new campus be an exemplary smart city district, demonstrating the city-altering potential of the latest urban technologies.

MVRDV’s studies, culminating in the competition entry, envision the Tencent campus as a grid of over 100 buildings with an undulating roof of photovoltaic panels, with multiple bridge connecting buildings to form a continuous surface reminiscent of a mountain range. At the foot of the buildings, a waterfront park winds its way along the entire eastern side of the site, facing into the Qianhai Bay. This park also expands up the lower levels of the adjacent buildings to form greenery-filled terraces.

Placed throughout the park are many of the public buildings for the district, including a school and kindergarten, a sports centre, and data centre, among others. At the southern end of the park is the most notable building on the campus, a conference centre shaped like a rock at the foot of the hills. Flanking the entrance to Qianhai Bay, this conference centre forms an iconic marker of Tencent’s global influence.

At an intersection of the street grid in the heart of the office zone is the project’s “beating heart”, the information plaza. This spherical space, carved from the corners of four adjacent buildings, displays data related to the everyday functioning of the Tencent campus, from occupancy rates to carbon usage. Another key “smart city” intervention is the transportation strategy for the campus: along the eastern side of the site, a highway gives access to four underground car parks, but the street grid itself is reserved for autonomous cars and a shuttle bus loop that ensure employees and residents can move around easily. In addition, metro and bus lines to the city run along both eastern and western edges of the site to connect the Tencent campus to the rest of Shenzhen.

“Our studies and competition entry for Tencent are an attempt to show that the smart city is also the green city”, says MVRDV founding partner Winy Maas. “With ubiquitous smart city elements, headlined by a futuristic data hub at the heart of the campus, Tencent employees would feel enveloped by technology. But they are also literally surrounded by nature, with the serpentine park always within a short walking distance, and green terraces all around them.”

In their design process for the Tencent Campus, MVRDV conducted a complex research project to arrive at the optimal design for a modern tech campus. The design team developed 28 different outline designs, ordering them into a design “genealogy” that traced multiple evolutionary branches as the team sought to add key qualities to their previous designs. “All studies were scripted, thus preparing a new way of designing and maintaining future smart cities”, added Winy Maas. “The final competition entry was a synthesis of everything learned in this iterative process, resulting in a tech campus that is diverse, flexible, green, dynamic, open, adaptable, and above all, visionary.” 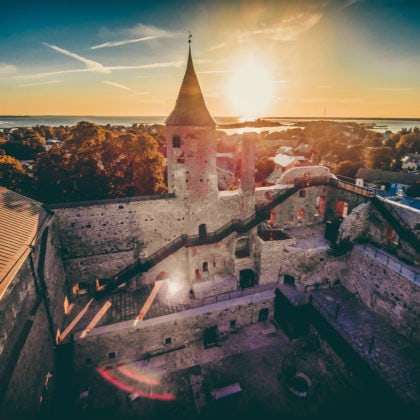 The long and colourful history of Haapsalu Episcopal Castle began in the 13th century, when it was built. Since the 17th century the main castle has been in ruins 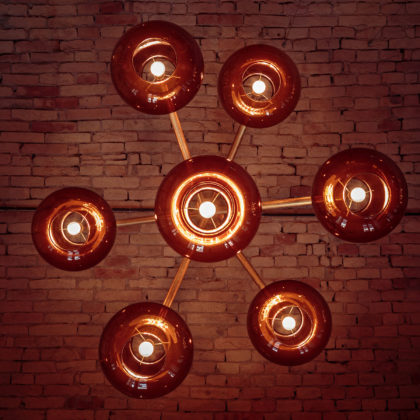 Located in one of the main streets in the bar-hopping district in Budapest, the beer and whisky bar Dob3 evokes the inner space of a classic British Pub 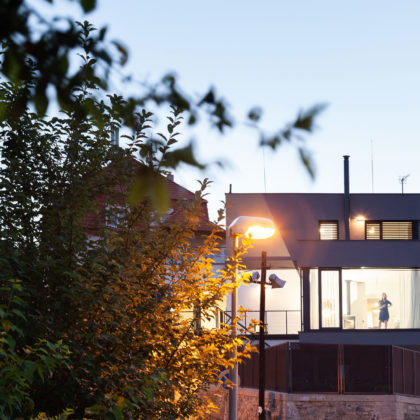 The brief was to create a house on a slope. An alien who landed in a conservative location near the capital. … 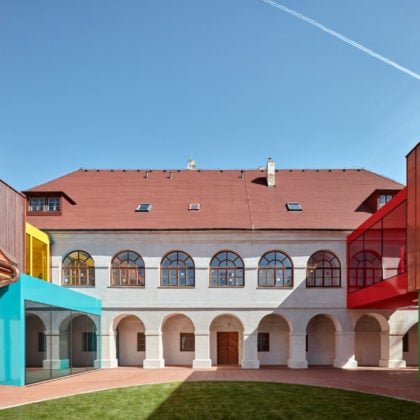 When the municipality of Vřesovice agreed with the Church on transferring the rectory and the parish estate to the municipal property, the Church wished that the village should not let the whole premises deteriorate but use it for a purpose