The Triple Duplex project is a low-rise housing model developed as part of a series curated by Globe and Mail architecture critic Alex Bozikovic. Four international firms were invited to propose architectural interventions to address the issue of housing in the city of Toronto.

By drawing attention to alternate development models, these architectural projects intend to provoke a conversation around the limitations of current planning regulations. Our proposal was a continuation of the low-rise multi-unit research that BCA has conducted over the past eight years and eight projects, which seeks to densify underutilized residential neighbourhoods within Toronto’s fabric. In addressing this issue our practice frames the strategy as a response to three essential questions: How can we reformulate growth to achieve a more even distribution of urban density?

How can we allow for the coexistence of affordable home ownership and renting within a single type? How do we introduce new housing typologies while remaining sensitive to the existing character of neighbourhoods? The impetus for the Triple Duplex is derived from a fundamental disjoint in the current planning strategy. Already in the midst of a period of rapid exponential growth, the Greater Toronto Area has a population of about six million inhabitants which is expected to double by the year 2041 (Statistics Canada, 2011 Census). Current planning policy concentrates growth of new housing units primarily in the small part of the city zoned for high-rise condo development while greatly restricting change within the low rise residential neighbourhoods which constitute the majority of the city’s land area.

Restrictions intended to protect the character of these treasured neighbourhoods are formulated from the perspective of use-based zoning, maintaining the single-family home against any increase in units. This allows for the conversion of bungalows into three story mansions while prohibiting the addition of smaller-scale multi-unit residences, and acts to actually reduce the availability of affordable housing. Census data shows that although representing 62% of the city’s area, such low-rise residential areas have actually experienced static or declining population between 2006-2016, a period of high growth for the city overall. Official planning policy which concentrates growth in small areas while reducing density over the majority of the city ignores the potential of new typologies which might evolve these historic neighbourhoods, leveraging these large low-density tracts to expand the availability of housing and meet the growth in population.

The Triple Duplex situates itself within the context of the traditional semi-detached Toronto residence, with a typical narrow lot of 18’ x 100’. These proportions lead to a tunnel-like configuration for the home which disconnects the front and back yards from the majority of the living space. Our proposal reconfigures these of two sites, distributing each unit across the width of two properties and arranging three of these wide duplex units in a line along the depth of the site. This configuration produces 6 units where once there were two, with the front units accessed from the sidewalk, the middle and back units accessed from a path along the side of the property. Because the lower units at the front and back are entered from a sunken courtyard, the duplex retains the appearance of a single-family home, while allowing for large window openings which prevent the below-grade dwellings from feeling like a basement.

When viewed from the street, the building’s sensitive massing is in keeping with the small-scale charm of the neighbourhood and disguises its density with that of the context. Enforcing the floor and roof datum of neighbouring buildings provides continuity across the site, while masonry screens give lightness to the double width facade, helping provide filtered light and views to the interior while keeping the scale of window traditional to the context. Landscape is now incorporated within the building envelope as three partially-enclosed four seasons courtyards that function as living room and entrance foyer for each unit.

Rather than being relegated to front and backyard bookends, outdoor space now participates in the daily lived experience and functional square footage of the home, using such features as radiant heating in the floor slab and operable weather-screening curtains to extend the use of this exterior space beyond the warm summer months into periods of intemperate weather. The three upstairs bedrooms are oriented around this space, taking advantage of this shared landscape as the focus of the home. The masonry screens which shelter this space allow for a comfortable degree of privacy while projecting the atmosphere of the courts into the interior of the house as dappled lighting.

Triple Duplex operates at both the scale of the individual inhabitant and of the society as a whole, with the capacity to contribute 147,000 new housing units if applied only to sites currently occupied by semi-detached homes. Its potential lies in its leveraging of the peculiarities of the Toronto context to allow for a densification of the residential fabric while respecting and enhancing its best qualities. We believe that it is only through such measured and clear-sighted development strategies that the city can preserve its unique character, evolving historic neighbourhoods while expanding the availability of housing in the face of exponential growth. 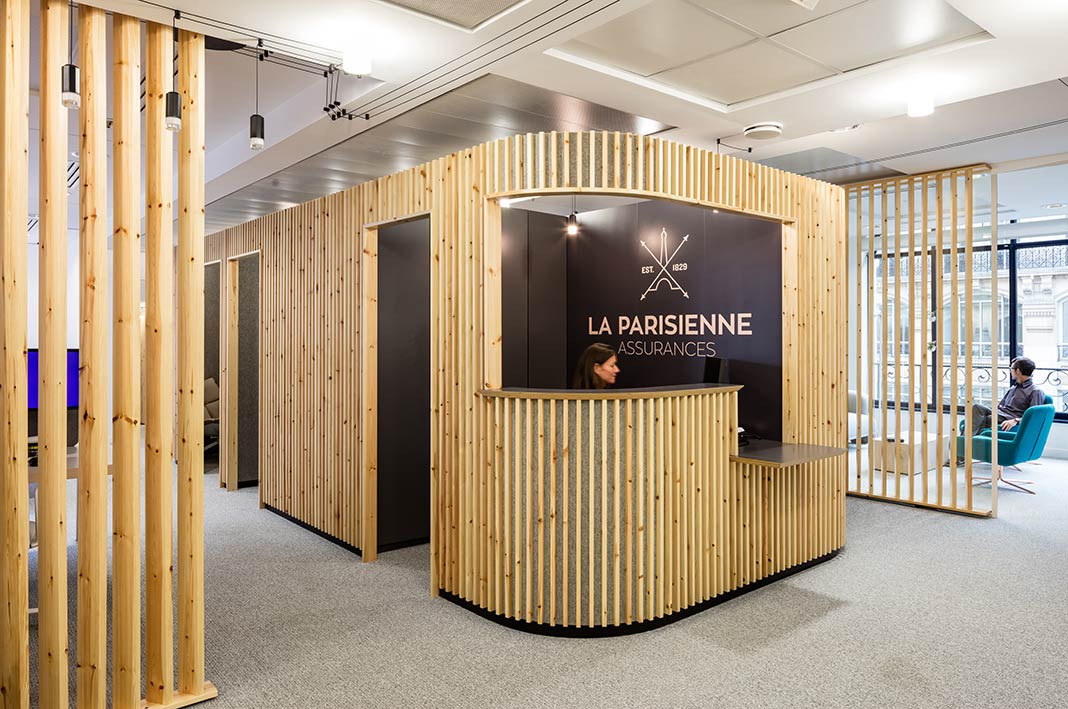 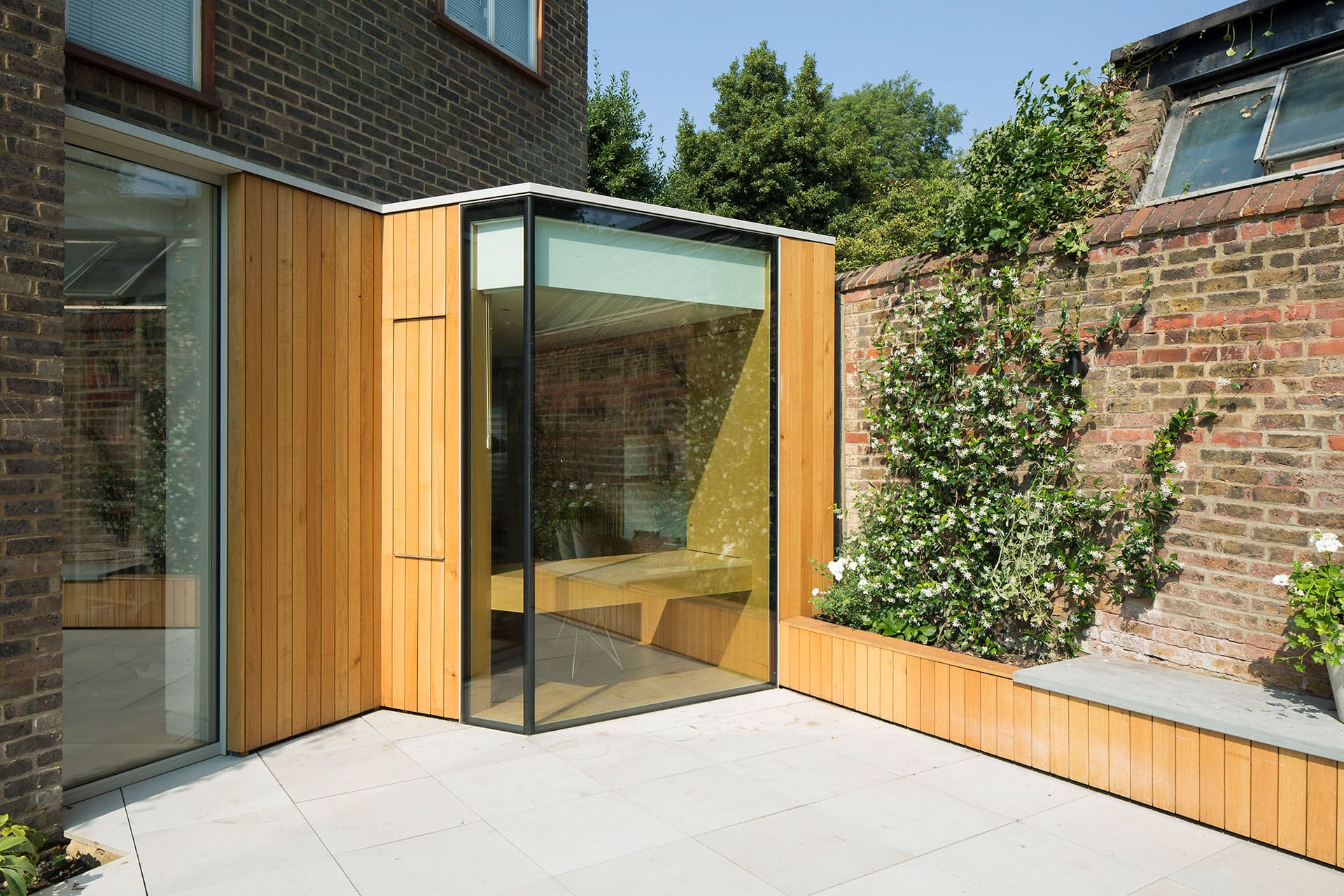 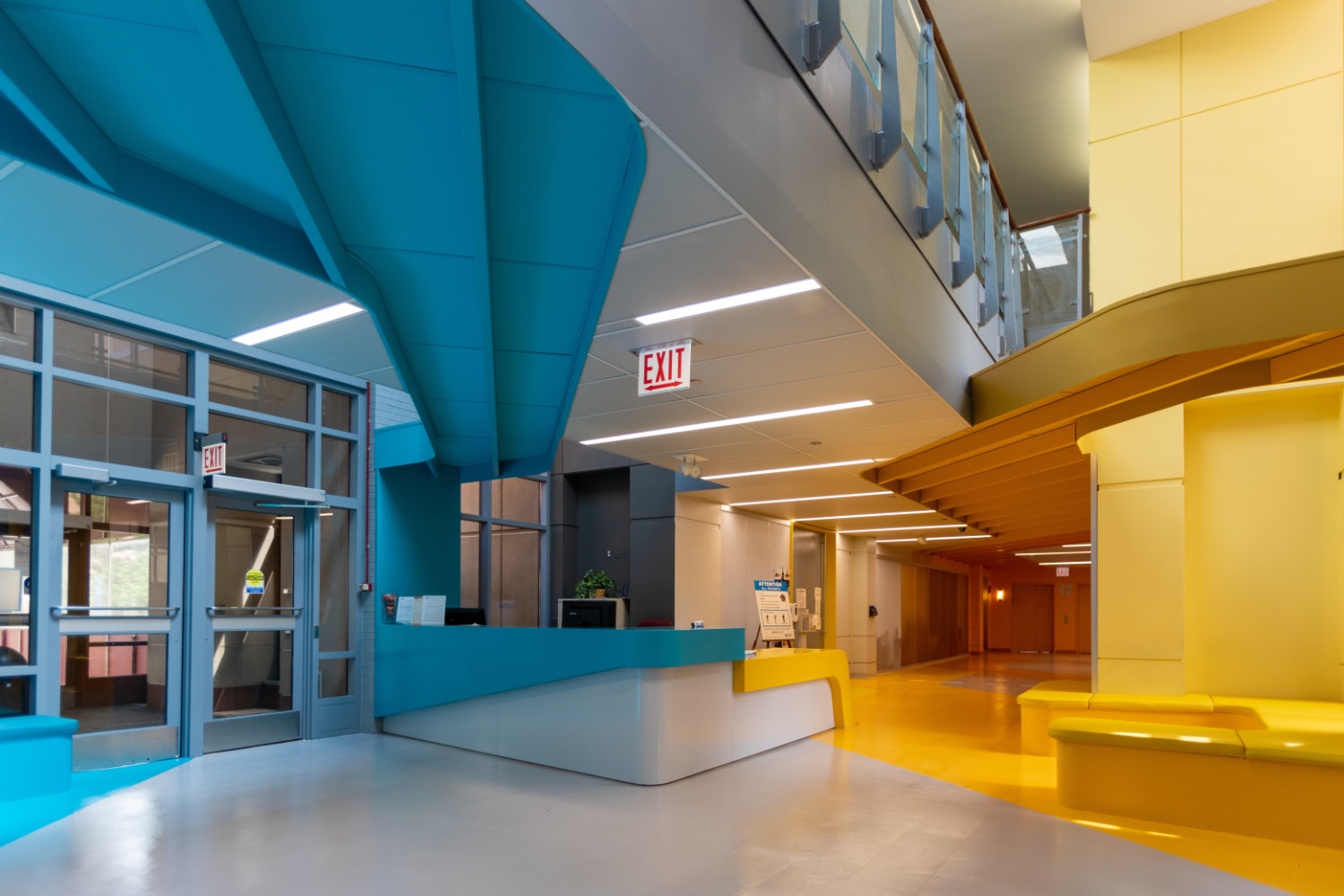